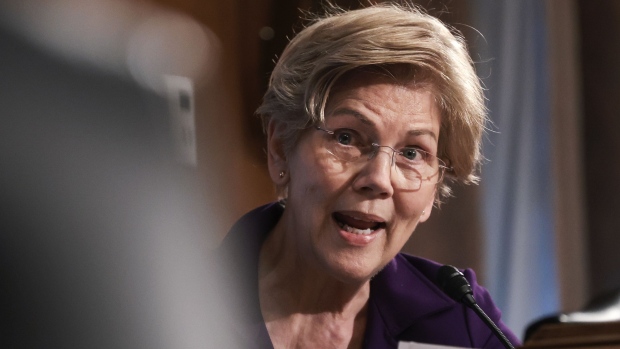 (Bloomberg) -- Senator Elizabeth Warren wants companies to disclose the rationale for charging more for their products and empowering federal regulators to go after companies ranging from oil producers to food sellers that have sharply increased prices.

Warren’s bill is being introduced as consumer prices have been rising at the fastest rate in decades. With inflation becoming the top concern for voters, Democrats in Congress are seeking ways to tame price hikes ahead of the November mid-term elections. However getting the legislation passed would require the support of at least 10 Republicans in the evenly divided Senate, an unlikely prospect with GOP lawmakers pinning blame for high prices on Democratic policies.

“Prices are rising, and consumers are paying more, while giant corporations are using inflation as a cover to expand their profits,” Warren said in a statement. “This bill would crack down on corporate price gouging by setting tougher rules of the road and enhancing enforcement, and I’m going to fight to get this done.”

The US consumer price index rose 8.3% on an annual basis last month, the government reported Wednesday.  The data indicated that the rising cost of shelter, food, airfare and new vehicles are among the biggest contributors to the elevated inflation, which may continue for months.

The legislation would give the FTC even broader powers than those in a plan Senate Majority Leader Chuck Schumer released last month to go after gasoline price manipulation. That bill also faces long odds in the Senate.

The bill would create exemptions for small businesses earning less than $100 million from some of the reporting requirements. The bill also provides $1 billion for the FTC to investigate price gouging.

The legislation is co-sponsored by seven other senators, including Democrats Bob Casey of Pennsylvania and Sheldon Whitehouse of Rhode Island, as well as independent Bernie Sanders of Vermont. Representatives Jerrold Nadler of New York and David Cicilline of Rhode Island lead the House effort.