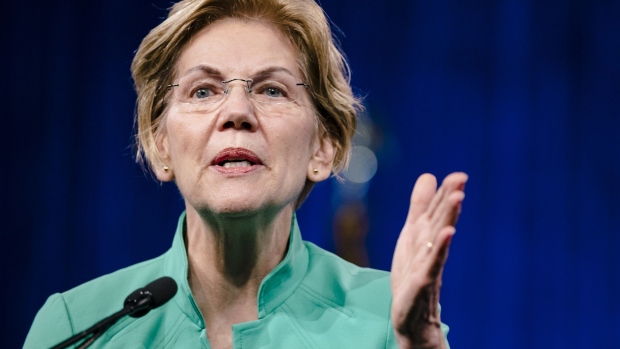 The Trump administration shouldn’t create a special relief program to bolster oil and gas producers while ignoring companies with “legitimate needs” that have been harmed by the coronavirus, Senator Elizabeth Warren argued Thursday.

Oil companies “do not deserve special access to taxpayer-financed bailout funds at a time when millions of Americans are struggling to make ends meet,” the Massachusetts Democrat said in a letter to Treasury Secretary Steven Mnuchin.

Warren, a progressive who offered a vision of economic populism in a failed bid for her party’s presidential nomination, struck a similar chord in Thursday’s letter. It would be both “unjustified and unnecessary” to create a new taxpayer-funded program that gives non-creditworthy oil producers exclusive access to funding, especially when other loan programs can help companies weather the pandemic, she said.

At U.S. President Donald Trump’s direction, Mnuchin and Energy Secretary Dan Brouillette have been considering options for helping ensure capital keeps flowing to U.S. oil producers battered by the virus-spurred collapse in fuel demand and a price war started by Russia and Saudi Arabia. The Federal Reserve made changes to its broad Main Street lending program last week -- including some modifications sought by oil industry advocates -- though few producers are likely to benefit as lenders back off from the sector.

The idea of the U.S. government swooping in to help indebted oil producers is unpopular with voters -- and even the industry is divided over relief. American Petroleum Institute, president Mike Sommers has argued against special aid he says could pin a target on the oil industry. “We don’t want an oil and gas-specific program set up by government or Congress,” Sommers said.

Warren argues the industry’s role undermining efforts to combat climate change -- and generating the greenhouse gas emissions that fuel the phenomenon -- should disqualify it for any special aid. But she also makes a financial argument in her pitch to Mnuchin, stressing that the renewable power sector offers a better bet for federal investment than an oil industry prone to boom-and-bust cycles.

“Instead of a bailout for the fossil fuel industry,” federal efforts should protect workers in the renewable energy sector that is also suffering, she said. “Despite the threats to the renewable energy sector, it however is not as susceptible to the same shocks as the oil and gas industry and may therefore be a more stable investment for federal assistance in the long run.”