Chinese cryptocurrency entrepreneur Justin Sun, who cited health issues in postponing his charity lunch with Warren Buffett this week, issued a broad apology to just about everyone for touting the plan to dine with one of America’s richest people, noting it raised concerns among authorities.

In a lengthy post on Weibo, Sun, who turns 29 this month, said he acted immaturely and set a bad example for the public while “excessively” promoting the event. “It has produced a lot of consequences that I completely did not expect,” he said, without elaborating on what they were.

Sun’s announcement Monday that he was delaying a lunch he’d won with a US$4.57 million bid at auction fueled speculation he or his company had come under pressure. The move was surrounded by a flurry of posts and articles claiming he was denied an exit visa from China and that his venture and its cryptocurrency, Tron, faced investigation. The digital coin’s price fell even after he posted a video that showed him in San Francisco.

One person with knowledge of the matter said several Tron executives were briefly detained by Chinese authorities, and then released once Sun agreed to put off the lunch. The person asked not to be identified discussing the private developments.

Buffett’s annual charity auction has rarely been so dramatic in recent years, with many winners choosing to remain anonymous. In contrast, Sun announced in June that he was hoping to educate Buffett, a self-professed cryptocurrency critic, on the benefits of digital currencies and their underlying technology, blockchain. Just hours before the entrepreneur abruptly canceled the meeting, he tweeted invitations to fellow crypto boosters. 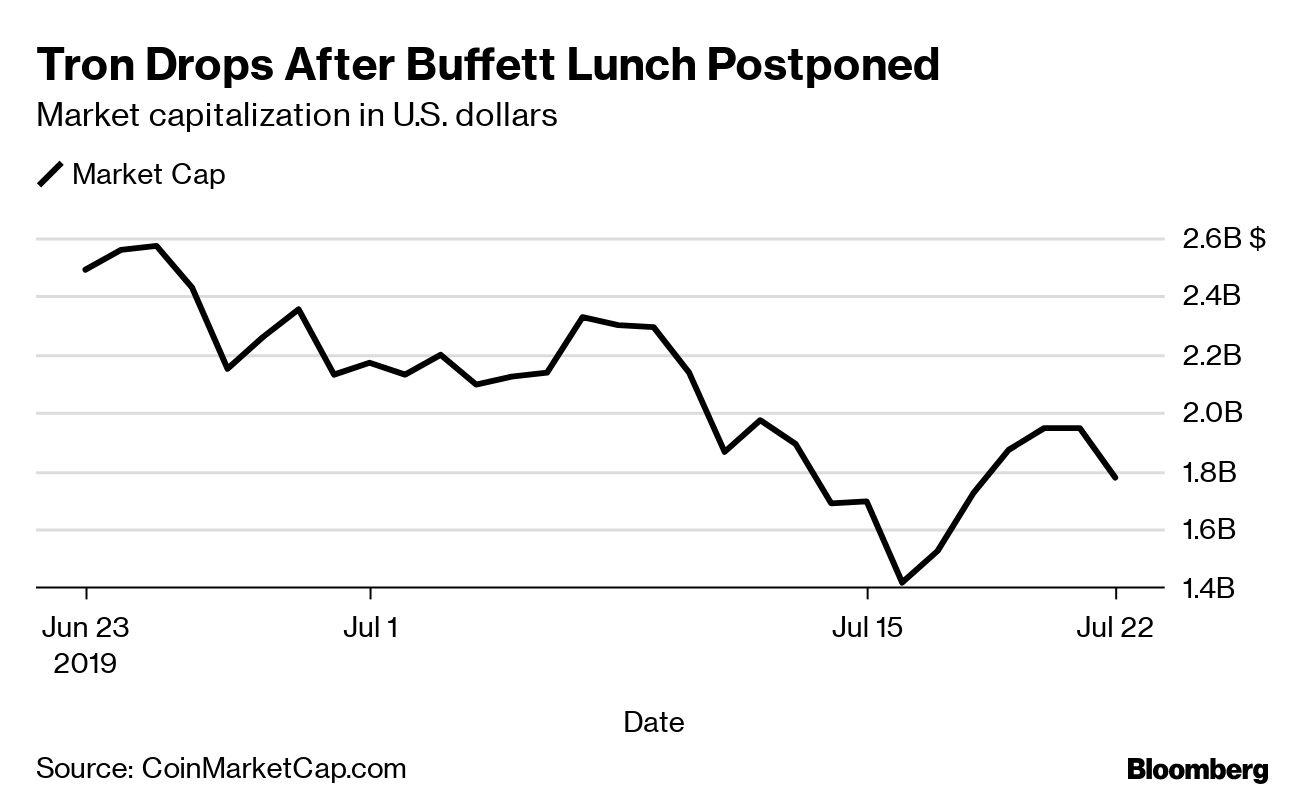 Tron, in the meantime, has lost about 16 per cent of value this week, according to prices on data provider CoinMarketCap.com.

--With assistance from Huang Zhe and Katherine Chiglinsky.