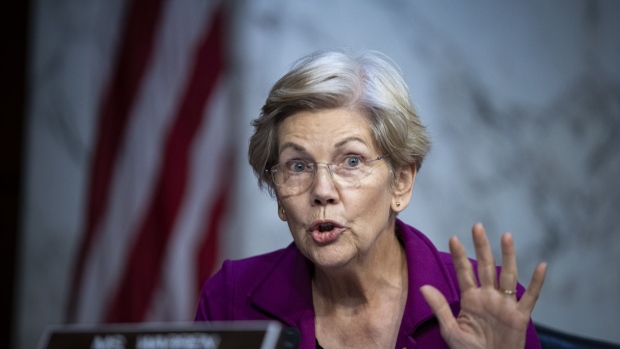 (Bloomberg) -- US Senator Elizabeth Warren wants an accounting from Federal Reserve Chair Jerome Powell and other top bank watchdogs on the links that major lenders have with the crypto industry following FTX’s spectacular collapse.

Warren and Tina Smith, who is also a Democratic senator, want to know how the Fed, Office of the Comptroller of the Currency and Federal Deposit Insurance Corp. “assesses the risks to banks and the banking system associated with those relationships.” The pair said those connections might be deeper than previously thought.

“We write to express concern regarding recent revelations of ties between the banking industry and cryptocurrency firms,” the two wrote in Dec. 7 letters to Powell, FDIC Acting Chairman Martin Gruenberg and Acting Comptroller Michael Hsu.

Warren, who represents Massachusetts and Smith, who’s from Minnesota, expressed concerns specifically on revelations of the relationships that several banks had with FTX and Alameda Research, a trading firm, which was also founded by Sam Bankman-Fried and played a starring role in his empire’s implosion.

The senators asked the regulators if they plan to conduct a broad review of crypto firms’ ties to the banking industry. They also asked for details on regulated banks that are currently engaged in crypto-related activities.

They gave a Dec. 21 deadline for responses.