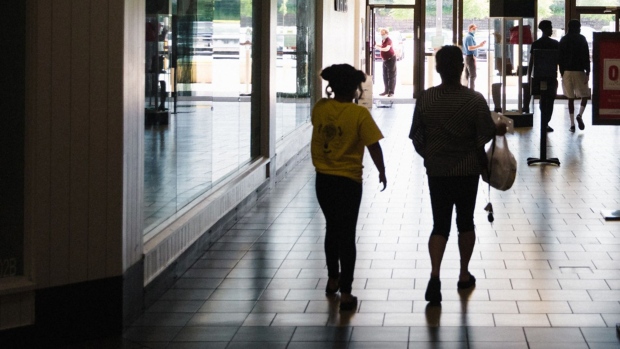 (Bloomberg) -- Official advisers to Washington Prime Group Inc. stockholders, skeptical of the company’s proposed sale to SVPGlobal, are trying to slow down the mall landlord’s bankruptcy.

A government-appointed group of Washington Prime stockholders has asked Judge Marvin Isgur to extend key deadlines in the insolvency proceedings by more than a month, arguing in court papers that the group’s advisers don’t have enough time to evaluate the real estate investment trust’s Chapter 11 exit plan. Washington Prime may be worth more than the plan implies, but more time is needed to figure that out, the group says.

Washington Prime entered bankruptcy last month after the pandemic forced shoppers to stay home, crushing its tenants and sapping revenues. But rising vaccination rates and a resurgent U.S. economy have begun to reverse the company’s fortunes, making it difficult to pin a value on its portfolio of roughly 100 shopping centers across the U.S.

The company plans to exit bankruptcy by handing ownership to investment firm SVPGlobal in exchange for debt forgiveness, assuming no better offers come in. But the plan’s August approval deadline leaves relatively little time for competing bidders to make moves, and the company has said new offers must be all cash and exceed $2.3 billion.

Critics say the time-line is especially cramped given the size and complexity of the company, while Washington Prime’s lawyers have said its sale process is more than adequate. The stockholder group said its valuation consultant -- Newmark Valuation & Advisory -- needs more than the three weeks currently allotted to determine whether the sale to SVPGlobal is fair.

“With so much positive change in such a short period of time, it is very difficult today to discern the Debtors’ worth, other than to say it is undoubtedly on the upswing,” lawyers for the stockholders wrote in court papers. Through the proposed deal, “SVP seems to be ‘buying’ the Debtors’ assets and business for a price that may not reflect true inherent value but is, rather, exploitative of momentary economic disruption.”

Washington Prime and a representative for SVPGlobal declined to comment.

The stockholder group is asking to push potential court approval of the deal to September 23, at the earliest, rather than the current August 12 time slot. A hearing on the stockholders’ request is set for Wednesday.

The U.S. Department of Justice’s bankruptcy watchdog just two weeks ago took the unusual step of forming the stockholder committee, forcing Washington Prime to pay for lawyers and advisers to its shareholders. Such committees are rare because there is almost never enough money to pay stockholders at the end of a Chapter 11 case.

Washington Prime’s bankruptcy plan calls for divvying up a pool of as much as $40 million among equity holders depending on how the two different classes of stock vote on the plan. It’s unusual for stockholders to recover anything at all in bankruptcy, but the $40 million pales in comparison to Washington Prime’s market capitalization of more than $300 million in January.