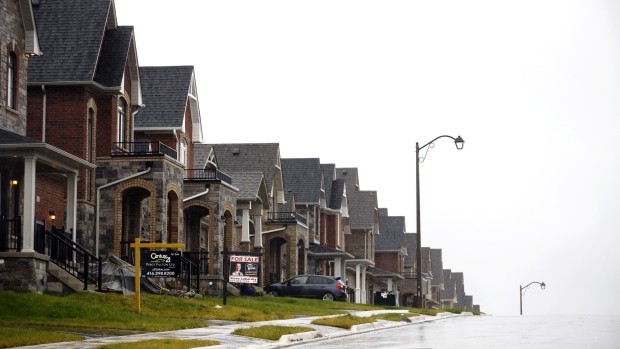 At least one economist isn’t buying The Big Short money manager’s claims that Canada’s housing market is a major threat to the country’s banks.

In a Wizard of Oz-inspired note to clients on Friday, BMO chief economist Doug Porter said that while concerns over the country’s housing markets are valid, he doesn’t expect a tornado to hit the country’s lenders.

“We have heard this song many, many times before,” Porter wrote in his note “Loonies and Housing and Budget Bears, Oh My!”

“And while there are no doubt legitimate concerns about the outlook for Canada’s housing sector, we can readily point to three factors that could provide support.”

Porter said that dropping bond yields, strong population growth and measures introduced in this week’s 2019-20 federal budget will all act as stimulants for the national housing market.

“We would just remind that one of the reasons that housing demand looks so soft in some key markets is because Canadian policymakers have been applying a full-court press for the past two years to dampen activity; the surprise would have been if housing had not cooled,” Porter wrote.​

In an interview with The Financial Times, Steve Eisman, portfolio manager at Neuberger Berman, took aim at Canada’s banks, betting that a struggling economy and weakening housing market will cause a blow to the country’s lenders.

While he declined to name the banks he is shorting or the positions he has taken, he said that Canadian lenders are not “mentally prepared.”

“I’m calling for a simple normalization of credit that hasn’t happened in 20 years,” said Eisman, whose bets against the U.S. housing market before the 2008 financial crisis were chronicled in Michael Lewis’s 2010 book, which was later made into a film of the same name.​​