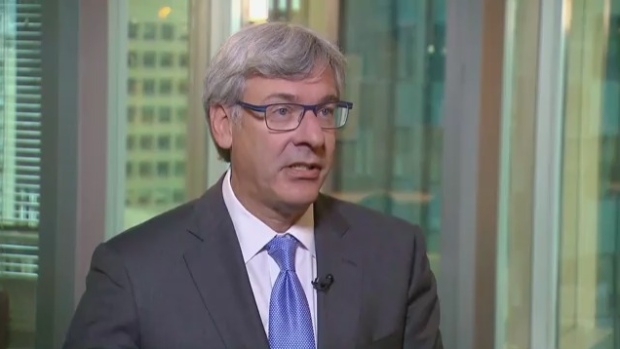 The head of Canada's largest bank thinks it's time regulators sit back and digest how higher rates and a myriad of new rules flow through the country’s housing markets and the broader economy.

With the Bank of Canada's quarter-point rate increase on Wednesday already starting to pass through to consumers as chartered banks boost their prime lending rates, Royal Bank of Canada Chief Executive Dave McKay argues it's time to take stock.

"We do have to be cautious to keep layering on change on top of change until we see the full manifestation,” McKay told BNN in an interview Thursday at RBC’s headquarters in downtown Toronto. “It's hard to predict how these new [housing] policy moves are going to affect borrower psychology, investment psychology, and asset prices in an economy.”

Canadian regulators at various levels have brought in measures to take some heat out of housing markets, including new lending standards and taxes on foreign buyers in Vancouver and Toronto.

On the latter, McKay said RBC welcomes the recent slowdown in the Greater Toronto Area’s housing market, where prices are 20.5 per cent below April peak levels.

“We worry about economic growth over the long term if too much income goes into servicing of your home,” he said. “And runaway house prices in key growth markets like the GTA and Vancouver is not good for the overall economy over the long term.”

Currently, the country's banking regulator – the Office of the Superintendent of Financial Institutions – is proposing expanding stress tests to uninsured mortgages. The comment period on that so-called B-20 proposal ended in mid-August, and OSFI expects to finalize its plan later this year.

"We do have to be careful. We need some of this policy change, particularly the B-20 change, as we are in a highly stimulative monetary policy environment," McKay said. "We needed to layer on some type of policy change; now that [Bank of Canada Governor Stephen Poloz] feels more comfortable raising rates, that's supposed to be the brake on the economy that we all like to see."

The Bank of Canada caught Bay Street by surprise on Wednesday by not only boosting its benchmark lending rate for the second time in two months, but also for expressing its confidence in the country's "self-sustaining" growth outlook.

McKay is confident higher rates will achieve their intended goal.

"Will a 25-basis point increase in itself stem mortgage demand, stem small business demand? At the margin, it always plays an impact and therefore you would expect to start seeing a slowing at the margin, of a few borrowers dropping off," he said.

"It should do what it's supposed to do and slow demand."