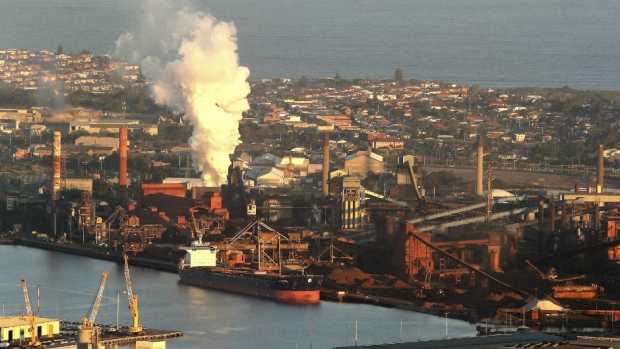 Canadian business leaders are still debating what a Donald Trump presidency will mean for the economy one week after the Republican candidate took the U.S. election.

Some of Canada’s top CEOs offered their reactions in the immediate wake of the election results, but what about Canada’s energy sector? Many of Canada’s drilling and exploration CEOs spoke to BNN about Trump’s impact on the Canadian market while in Toronto for the GMP FirstEnergy Energy Growth Conference Tuesday.

Here’s how some of the sector’s top execs see Canadian businesses remaining competitive:

“I guess it comes down to what Canada does with pipelines. Maybe it will actually help Canada if, for instance, the Keystone pipeline is approved in the U.S. We’d still have to get it approved through the federal and provincial governments, but I think the big thing comes down to whether our government follows along and kind of gets some of these pipelines okayed and gets building them.”

“It’s a more business-friendly environment in the U.S. – or, it could be if [Trump] goes through with his promises- but I think maybe that might get our government to move closer to the centre on some of these issues, both federal and provincial governments. That’s what we need to compete with a U.S. that looks like they’re going to be pretty business-friendly.”

“The capital will flow to the most economic place. So when we say: Are we economically competitive with, say the Permian, which is the big U.S. play – then we will access capital. But that access to capital – if [it’s] deemed that we’re as not as competitive because of some constraints that Mr. Trump is putting on that it would tend to flow more and would reduce our competitiveness. I don’t see that as a problem right now, though.”

“I do think that with the plays and the economics that we’ve got that we’ll survive through that.”

“I think generally Mr. Trump has been positive towards energy and so if he follows through on that that’s got to have a positive read-through. We are one continent, we do share a lot of the same markets and I do like to think that the Canadian government is absolutely paying attention to what’s going on south of the border, as well.”

“One thing we do hear governments talking about is a recognition that when you have trade-exposed industries where you’re competing against your nearest neighbour there has to be some recognition of transition timing and calibration of rules. The methane rules are one of the examples of that where the President (Obama), the prime Minister and, of course, the Mexican leader (Enrique Pena Nieto) got together and talked about how to basically harmonize the approach to methane. We look to see more of that in the future so there is some harmony and the ability to stay competitive. It’s very important that we do, otherwise Canada will not attract the capital that it needs to have the kind of lifestyle that all Canadians enjoy.”

“It makes [for] less risk in terms of being able to invest money, get projects on. One of the issues can be, in Canada, things like carbon taxes and pipeline uncertainty. Outside investors look upon that as risk and that can be difficult, especially for a company like ours where our projects take a long time to build - it will take a year, year and a half to build, and another year to come on-stream – whereas the turnaround time in the U.S. can be much quicker with their shale oil projects.”

“I think there will be (pressure on the federal and Alberta’s provincial governments to slow down carbon pricing) because it may make Canada uncompetitive with our nearest trading partner and our biggest trading partner.”

“What gives me confidence is some of the plays we have. I like the way the Montney play stacks up in particular with its condensate level and the gas level that you get out of it against any North American play.”

“Play-wise I like what we see. Tax-wise we have to be very careful as a country and as a province – in Alberta, in particular – that we don’t tax ourselves into a situation through carbon taxes and everything else that makes us completely uncompetitive.”

“We believe that our company and our industry [have] to be global and that’s why we have to be present in America, which is the largest fracturing and completion market in the world.  So, Trump coming to power and maybe relaxing some of the environmental issues that have been affecting our industry will give Calfrac an opportunity of going back to normal levels of activity in the U.S.”

“I think our market is about supply and demand and it’s not only about the U.S, it’s about the world as a whole. I think the damage we have given the industry over the last two years and the lack of activity is coming to an end where supply and demand are going to meet and we will have the possibility of going to normal levels of activity. I believe it’s not by an OPEC meeting that things are going to change, it’s the market itself (that) corrects.”