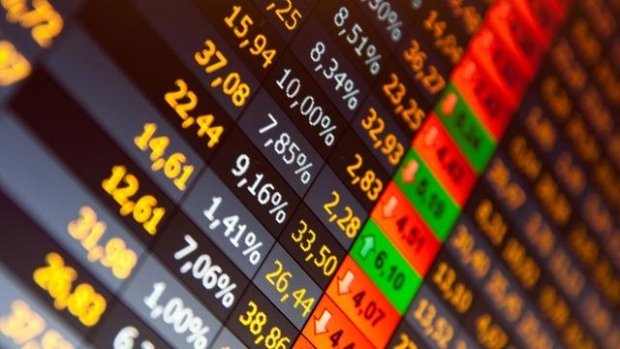 Market Board , The Canadian Press

The TSX Composite has had a 2017 to forget, shedding half a percent before the opening bells on June 30 amid a weak first half for energy and materials. The performance leaves the TSX lagging almost all of its global peers, landing in the 91 slot among 103 primary indices tracked. That slots the TSX squarely between the Laos Composite Index, which contains only the state-owned energy company and its subsidiary, and Belgrade’s BELEX15 Index, which counts an oil company focused on Serbia and Angola as its heaviest weighting. Below, BNN takes a look at how the TSX stumbled out of the gate in 2017.

As go the three pillars of Bay Street, so goes the overall composite. The three largest weightings on the TSX turned in the weakest performances in the first half of 2017, with Energy being the largest drag on the composite. The group has been dogged by a reversal in oil’s fortunes, with crude falling as low as US$43 per barrel amid persistent oversupply concerns. A ramp-up in U.S. shale production has nullified the impact of an OPEC production cut, though the oil cartel said it would revisit the idea of further action in July. The Materials group has essentially gone nowhere over the course of the year, in some ways mirroring the overall index. Base metal miners had a massive run-up in 2016, leaving the group trading sideways this year. The Financial services group eked out a modest gain in 2017, though there was a rough patch when Home Capital Group (HCG.TO) rattled sentiment surrounding the state of the Canadian housing market. The group could get a boost relatively shortly, if the Bank of Canada does indeed raise rates this year, thus boosting net interest margins.

The Consumer Discretionary led the pack, though the group could ultimately run into trouble if heavily-indebted Canadians decide to tighten the purse strings. The Industrials took the second spot amid hopes Canada’s expansive infrastructure spending plan will flow to their bottom lines. Info Tech, one of the smallest weightings on the overall index, took third spot, but owes the outperformance to only a handful of names which make up the bulk of the group, including market darling Shopify (SHOP.TO).

Shopify has posted the best performance on the overall index thus far, as the e-commerce platform provider inked a slate of new customers. There are concerns among the analyst community that the stock may be fully valued at current levels, with shares hovering right up at the consensus price target. A solid gain in the last trading day of the first half lifted Kirkland Lake Gold to the number two spot. The company has ridden a decrease in costs and increased production to the number three slot, with the miner reducing its all-in sustaining cost per ounce to US$850. Kirkland Lake has seen particularly strong performance from its Fosterville mine in Australia, where operating costs per ounce are as low as US$310. Sierra Wireless took the third spot, again bolstering the overall Info Tech group. The company, which deals in the Internet of Things space supplying supply-chain software to a wide variety of industries, has gained traction in garnering new customers.

Heavy oil is a common theme among the worst performers, with energy names dominating the bottom five. Of particular note is the punishment investors doled out to Cenovus Energy after the company’s blockbuster $17.7 billion deal for the bulk of ConocoPhillips’ (COP.N) Canadian assets. The deal was panned by markets as an overpayment, especially in contrast to Canadian Natural Resources’ (CNQ.TO) acquisition of Shell (RDSa.N) and Marathon oil sands assets for $12.74 billion. Home Capital is the only non-resource stock to land in the bottom five, as the explosive rally after Warren Buffett announced he was coming to its aid hasn’t been nearly enough to reverse the carnage inflicted in the stock after the OSC disclosed an investigation into the company’s disclosure practices.

The loonie deserves special mention in any discussion of the first half of the year. The Canadian dollar defied expectations in 2017, cruising above the 77 cent market in spite of another swoon in oil. The loonie has been bolstered by an increasingly hawkish tone emanating from the Bank of Canada. Odds of a hike in July now stand at 75 per cent.