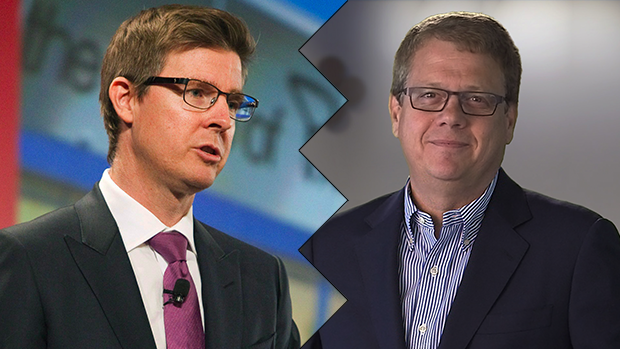 The CEO of Sobeys is slamming rival Galen G. Weston as an industry feud over bread price-fixing claims boils over at the highest level.

Michael Medline, who leads Sobeys and its parent company, is calling on the chairman and CEO of Loblaw and George Weston to retract recent statements that he says dragged Sobeys into the scandal.

"[We] were shocked and outraged by the reckless nature of your assertions ... surrounding your admission of wrongdoing (for over a decade) concerning commercial bread pricing," Medline wrote in a letter to Weston.

"Your written and spoken words of December 19 can only be construed as a deliberate attempt to damage the reputation of Sobeys and, perhaps, other retailers. We formally ask you to publicly and immediately retract your assertion that Sobeys conducted itself in the same manner as Loblaw and Weston and your allegations that, at this time, there is proof of participation by Sobeys in a price-fixing arrangement."

When asked for comment, Loblaw vice-president of corporate affairs and communication Kevin Groh said: "We stand by our statements."

Loblaw and George Weston sent shockwaves across the food industry on Tuesday when they admitted to a 14-year price fixing scheme that drove up the price of bread for Canadian consumers. In their admission, they said it was an "industry-wide price-fixing arrangement". Loblaw and Weston did not name any of their rivals as participating in the arrangement, but said it involved "other major grocery retailers and another bread wholesaler."

In response, Metro said in a press release late Tuesday that it's cooperating with the Competition Bureau and that it hasn't found any evidence it violated the Competition Act.

And on Wednesday, Sobeys echoed that sentiment in a press release, while adding there's no proof of an industry-wide scheme.

"To state that there was an 'industry-wide price fixing arrangement' was unfair, unsubstantiated, and quite possibly defamatory," Medline wrote in his letter to Weston on Thursday.

"We will be closely monitoring the impact of your words on our brand, our business results and our legal rights. We will hold you responsible for any damages we may incur due to your actions."