Decreased competition and supply chain crunch will cause food prices to raise by 7% in 2022: Sylvain Charlebois

Food insecurity is rising in Canada, a country that has long-prided itself on its social safety net -- including a roughly $300 billion pandemic relief package meant to leave no one behind.

The number of people turning to food banks rose 10 per cent in the province of Ontario during the first year of the COVID-19 pandemic. That’s aligned with figures that show food bank usage across the country was significantly higher this past March than in 2019.

At first glance, the numbers are hard to reconcile with data showing that Canadians became much wealthier during the pandemic. But the rise in household net worth was largely due to a boom in housing and stocks, leaving behind those with lower incomes and few financial assets. In Ontario, only about 6 per cent of food bank users are homeowners. 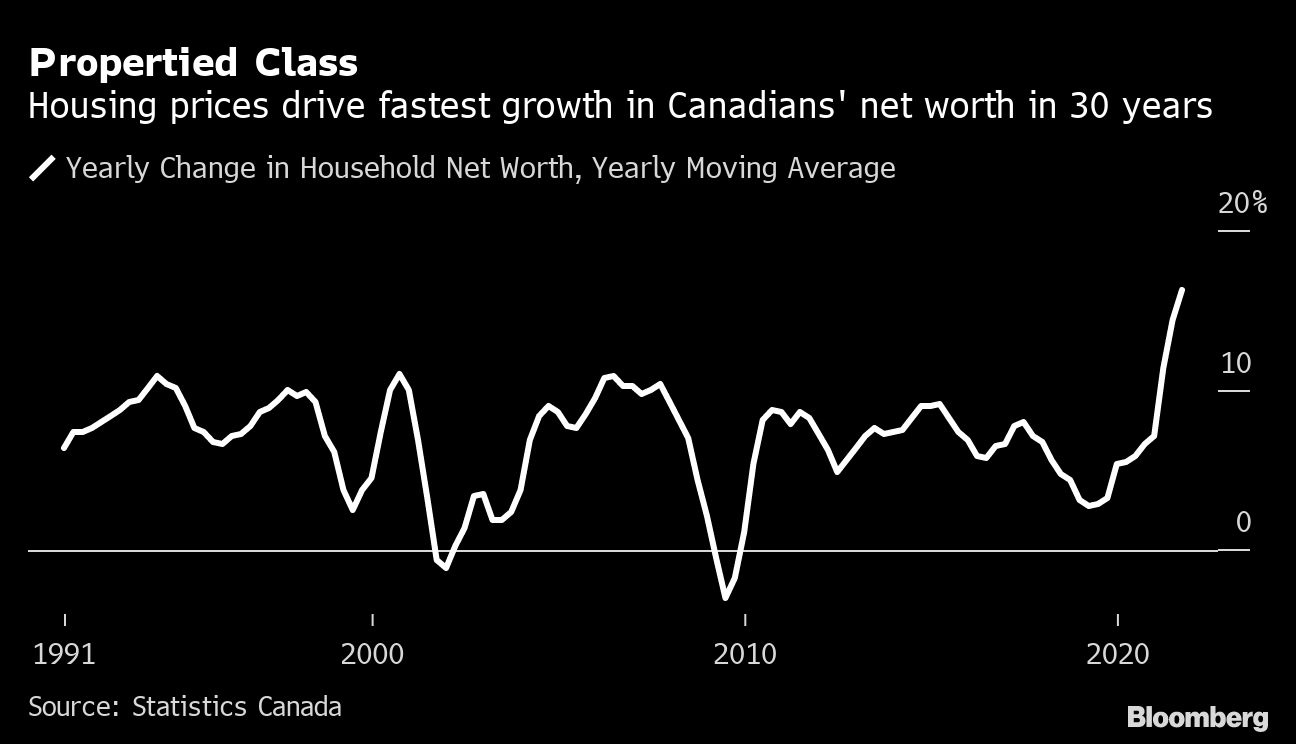 The cost of food and housing are two of the top three reasons why people access a food bank, according to a survey by Food Banks Canada. With a recent surge in inflation affecting food and fuel, the situation may get worse in 2022.

“A volatile combination of high rental housing costs, rapid food inflation, and pandemic-related unemployment created a ‘perfect storm’ that drove up the number of visits to food banks in the last year, especially in larger urban areas,” Richard Matern, research director with Food Banks Canada, said in an emailed statement.

The households of greatest concern, particularly in urban areas, are those that face higher rental and food costs combined with static income, such as social assistance.

“It is more about income than it is food prices,” said Valerie Tarasuk, a professor in the University of Toronto’s nutritional sciences department. “The thing that is most predictive of someone’s food insecurity status is their income, it’s not their rent cost.”

Those on the front lines of hunger relief in Canada say vulnerabilities that have been building for years may be about to get worse as government emergency income programs for COVID-19 end. Matern said his organization expects a “tidal wave” of new clients in the months ahead.

Ontario, the most populous province with nearly 15 million people, is a case in point. Food bank use has been on the rise since 2017, stoked in part by rising shelter costs for some of the province’s most vulnerable residents.

The pandemic increased the pressure. Between April 1, 2020 and March 31, 2021, the province’s food banks saw the biggest surge in visits since 2009, according to data from Feed Ontario, an organization of 1,200 hunger-relief organizations.

“This has to do with a constellation of several issues,” said Siu Mee Cheng, Feed Ontario’s interim executive director. “People are willing to give up food in order to pay for a roof over their heads and make sure that electricity and water is running.”

Most of the surge in food bank use during the pandemic was in segments of the population that were supposed to be protected by other social programs, like disability or old age payments, which have not kept up with inflation, Cheng said. The proportion of Ontario senior citizens using food banks is still lower than the general population -- roughly 8 per cent -- but that group saw a 36 per cent spike in the 12-months ended March 31.

That period doesn’t include the recent stretch of higher food prices. In British Columbia, retail ground beef prices were 8 per cent higher in October than they were six months earlier; in Quebec, pork loin was up 19 per cent. “Significant increases in inflation really began in the last few months,” Cheng said. “We do anticipate in the food bank sector that usage will only continue to increase in next year’s report.”

Still, the University of Toronto’s Tarasuk said it’s too early to conclude food insecurity is spiraling. “I’m wary of claims that it has increased substantially because we don’t have data to suggest that right now,” she said.

What’s indisputable is that food inflation has been running ahead of general inflation in Canada for the last 20 years, according to a new food price report from four universities. Between 2015 and 2019, average food expenditures rose 16.3 per cent while median incomes grew 6.6 per cent.

Supply chain problems, drought and wildfires added still more pressure in Canada in 2021, says the report, led Dalhousie University’s Sylvain Charlebois, which forecasts a 5 per cent to 7 per cent overall increase in food prices next year.

“This means that Canadians are having to allocate a higher proportion of their income for food, a trend that has only been exacerbated by COVID-19,” the report states. “Real concerns around food insecurity persisted in 2021 as wages and salaries for most have not kept pace with the increase in prices.”