Getting Biden's capital gains tax through congress is slim to none: Federated Hermes' Orlando

Joe Biden’s election has done little to slow the inexorable surge of wealth among U.S. billionaires.

In the president’s first 100 days in office, against a drumbeat of calls for the rich to pay more in taxes, the 100 wealthiest Americans added a combined US$195 billion to their fortunes, according to a Bloomberg analysis.

The most recent gains have been fueled by the continued rise of the stock market since Biden was sworn in Jan. 20, along with the vaccination program’s fast rollout and a US$1.9 trillion government stimulus package. The S&P 500 and Dow Jones indexes have both climbed more than 10 per cent during that time.

Attempts such as Biden’s to refloat the economy can boost incomes and wealth at the very top, said Mike Savage, a sociology professor at the London School of Economics.

“We’ve seen that paradox since the 2008 financial crash with quantitative easing, which has mostly benefited people with assets, inflating their value significantly,’’ Savage said.

The richest 100 made a further US$267 billion between the 2020 election and Biden’s inauguration, amounting to a total gain of US$461 billion since Nov. 4. From Donald Trump's 2017 inauguration to last fall’s election, those billionaires got about US$860 billion richer.

The combined fortunes of the richest 100 Americans have reached US$2.9 trillion, greater than the combined US$2.5 trillion wealth of the bottom 50 per cent of the U.S. population, according to data from the Federal Reserve.

The rise has been driven by an explosion of wealth among a handful of ultra-billionaires. The 10 wealthiest Americans have added US$255 billion since election day, bringing their combined net worth to US$1.2 trillion.

The biggest driver of this wealth surge has been tech companies like Amazon.com Inc., Facebook Inc. and Alphabet Inc.’s Google, bolstered by increased online and stay-at-home activity during the coronavirus pandemic. The FANG stocks index has climbed 94 per cent in the past 12 months compared with the 45 per cent advance of the S&P 500.

Amazon founder Jeff Bezos, the world’s richest man, has gotten US$11.7 billion richer this year, according to the Bloomberg Billionaires Index, adding to about US$120 billion of wealth gains during the Trump presidency. Mark Zuckerberg’s net worth rose US$8.1 billion yesterday alone on the strength of Facebook’s first-quarter results.

Google’s Larry Page has added US$26.6 billion this year after the California-based company posted record profit last year, while the wealth of Tesla Inc.’s Elon Musk has grown US$5.1 billion since January. 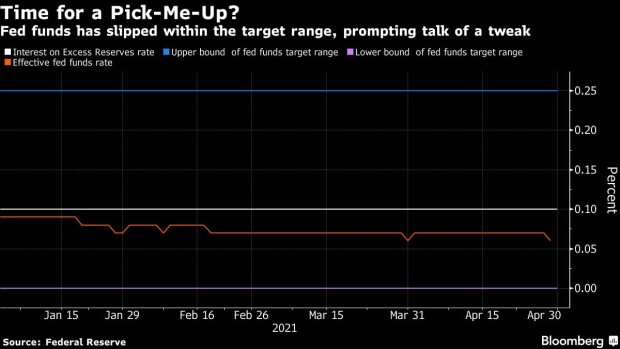 In his first 100 days, Biden has moved quickly to propose sharp tax hikes for the rich and programs to funnel trillions of dollars to middle- and lower-class Americans in the form of new infrastructure, social spending and stimulus checks. He laid out those policies in his first address to Congress on Wednesday.

“Sometimes I have arguments with my friends in the Democratic Party,” Biden said. “I think you should be able to become a billionaire or a millionaire. But pay your fair share.”

Under his “American Families Plan” announced Wednesday, the top rate of personal income tax would increase to 39.6 per cent for the highest 1 per cent of earners from the current 37 per cent, while the capital gains rate would be raised to the same level for those earning above US$1 million, wiping out the discrepancy between income and capital gains tax rates that has benefitted many of the ultra-rich.

The wealthiest 1 per cent currently pay 40 per cent of all federal income taxes, according to Internal Revenue Service data, an amount that doesn’t include payroll taxes.

“When you ask the American people what they want, they want corporations and millionaires and billionaires to pay higher taxes,” said Erica Payne, founder of the Patriotic Millionaires, a group of progressive high-net-worth individuals. “It is politically a winner, it is economically the right thing to do and it is morally a no-brainer.”

The White House has also proposed a plan to hike corporate taxes to fund infrastructure spending. In a surprise this month, Bezos issued a statement saying he supports the general idea. “We look forward to Congress and the administration coming together to find the right, balanced solution that maintains or enhances U.S. competitiveness,” he said.

Conservatives say boosting spending by adding a greater burden on the wealthy can backfire.

“Government investments are often sold to the public with the promise that they will improve lives and improve the economy,” Scott Hodge, president of the Tax Foundation, argued in testimony before Congress this week. “In every case, the economic harm caused by the taxes would swamp any of the benefits from the new spending, leaving taxpayers and the economy worse off.”

Despite the pandemic, Fed data show all groups gained wealth last year. The top 1 per cent did best, however, adding US$4 trillion in 2020 and bringing their total net worth to almost US$39 billion, more than the bottom 90 per cent of Americans combined. Personal incomes in the U.S. jumped a record 21 per cent in March, surging after households received a third round of relief checks.

In his speech to Congress, Biden emphasized his efforts to create good-paying jobs, especially those that don’t require a college degree. The increasing dominance of tech giants, however, won’t necessarily help middle-class Americans. As a proportion of their market capitalization, most technology companies employ relatively few Americans compared with their older listed peers, concentrating wealth in the hands of a select few.

“The whole retail distribution system is changing,” said Robert Miller, professor of economics and statistics at Carnegie Mellon University. “Recent technology has been hollowing out some parts of middle management, so you can see parts of the middle class slipping away.”

Democrats in Congress are pushing other plans to close loopholes and tax wealth. To claw back gains made by America’s richest during the pandemic, Senator Elizabeth Warren, a Massachusetts Democrat, proposed an Ultra Millionaire tax, a new version of the wealth tax she floated as a presidential candidate. Under her proposal, those with fortunes exceeding US$50 million would face a 2 per cent tax on their wealth, increasing to 3 per cent for those worth more than US$1 billion. The plan is unlikely to become law, given opposition from Biden and other Democrats.

Higher taxes aren’t “going to have very much effect in the long term on redistributing wealth,” Carnegie Mellon’s Miller said. “This focus on how we’re going to get the money is a bit misplaced – we should be thinking more about how we want to help the people that need help.”