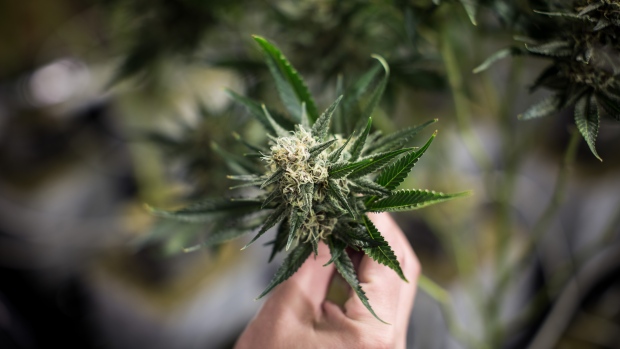 WeedMD Inc. (WMD.V) is looking to leapfrog its Canadian pot cultivation capacity after the Ontario-based cannabis producer recently applied to Health Canada to amend its licence to include outdoor cultivation.

If approved, WeedMD would join a select group of major Canadian cannabis producers who have turned to growing their legal marijuana in an outdoor setting, which is considerably cheaper than producing pot in an indoor or greenhouse facility.

“It’s a licensed property, so to add an amendment on the site was a relatively simple thing for us to do,” said Keith Merker, WeedMD chief executive officer, in a phone interview with BNN Bloomberg. “For us to maximize our production and revenue as a company, we take all options into consideration.”

WeedMD plans to grow as much as 50,000 kilograms outdoor cannabis along 50 acres over two phases next to its Strathroy, Ont.-based greenhouse facility, which used to be the site of an asparagus farm, Merker said.

The first phase will build upon half of the site’s acreage this year, while the second phase will take place in 2020. The total cost of the project, including security fencing and cameras, will be in the “low seven figures,” Merker added.

“I’m always reticent to put timelines on response times from the regulator but our drop dead date is mid-June from a planting standpoint,” Merker said.

WeedMD joins fellow TSX Venture-listed 48North Cannabis Corp. as well as Aleafia Health Inc. and CannTrust Holdings Inc. in their outdoor plans, but they aren’t alone. Health Canada said it has received 172 site applications as of Jan. 31 from licensed cannabis producers who intend to use an outdoor area for cultivation or other purposes, including destruction or compost. Canadian regulators approved outdoor cannabis production in June 2018 after previously restricting it indoors in order to prevent theft and ensure quality control.

However, some analysts have expressed concerns that the cannabis grown outdoors may be of poorer quality than what could be cultivated in an indoor facility where humidity, temperature and other factors to improve a crop’s yield can be better controlled.

Merker dismissed those concerns, citing the company’s expertise with its own “chief cannabis officer” who has more than four decades of combined outdoor, indoor and greenhouse cultivation experience. As well, Merker explained the farm’s land is certified organic and certain cannabis strains have been selected to ensure both high-grade premium flower and cannabis targeted for extraction purposes will be grown.

“From a marketing standpoint, that’s a wonderful thing,” Merker said. “If you’re in a grocery store, and you have the choice between a hot house tomato and one grown in a field, you probably choose the field tomato. I think this is a situation that is no different.”