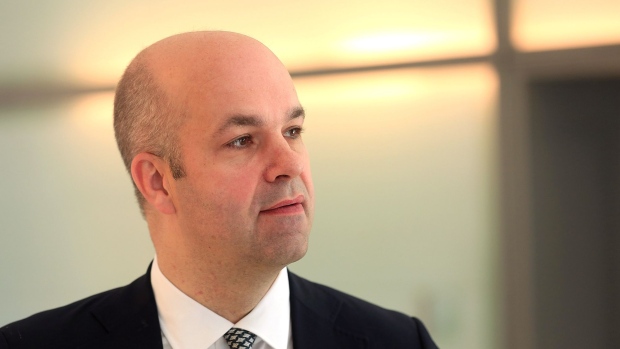 Jens Weidmann’s decision to quit as Bundesbank president offers a unique opportunity to reshape the inflation-fighting institution just as a generational shift takes hold in politics with the exit of Chancellor Angela Merkel.

Any candidate -- set to be appointed by the next government -- will be judged on at least three key tenets: their professional experience, gender and political affiliation.

Germany’s first female central bank chief, a rare appointment of an economist who isn’t a veteran of the institution, or both those outcomes combined, are just some of the possibilities that could transpire.

Among the names cited for the role are Claudia Buch, currently Weidmann’s deputy, Isabel Schnabel, who sits on the European Central Bank’s Executive Board, and DIW chief Marcel Fratzscher.

The appointment will be the most important for the ECB Governing Council until 2026, when Vice President Luis de Guindos will end his eight-year term.

Here’s a list of potential candidates that will likely be considered:

Weidmann’s No. 2 at the German central bank could be up for a promotion. The 55-year-old joined the Bundesbank in 2014, and already is a familiar face at Governing Council meetings and global gatherings.

Her current post has previously been a springboard to take the top job -- Hans Tietmeyer and his three predecessors all took that route.

She was previously a member of the German government’s panel of economic advisers, only the second woman to have taken on the role. However, her area of expertise is in financial stability, rather than monetary policy, and her appointment as Bundesbank vice president was seen at the time as a victory for Merkel’s Christian Democrats, who are unlikely to be part of the next government.

Schnabel joined the ECB Executive Board in 2020 and has since become a key figure in conveying the institution’s policies to the wider German public. The 50-year-old succeeded Buch on the German Council of Economic Experts -- which is featured on the resumes of numerous former top Bundesbank officials.

If she were to take over leadership of the German central bank, the government would likely need to find a candidate to replace her on the Executive Board. Such a step might boost her chances of one day becoming ECB president.

Fratzscher, 50, leads the DIW think tank in Berlin and was previously the head of International Policy Analysis at the ECB.

As a frequent critic of the German economic model and defender of the ECB’s policies, his stance could win him plaudits among the center-left Social Democrats and Greens. The Free Democrats though are advocating for a candidate representing continuity -- and that may not be him.

Additional names who have experience in central banking or government economic policy include Joachim Nagel, who joined the Bank for International Settlements last year as deputy head of banking following a stint on the executive board of Germany KfW development bank. He’s a former Bundesbank board member and was a contender for the vice presidency, losing out to Buch.

Veronika Grimm and Monika Schnitzer are both on the council of economic advisers and therefore prominent voices in the country’s policy debate. Jakob von Weizsaecker, Scholz’s chief economist at the German finance ministry, is another possibility, as is Joerg Kukies, a finance ministry official responsible for financial market and European policies.