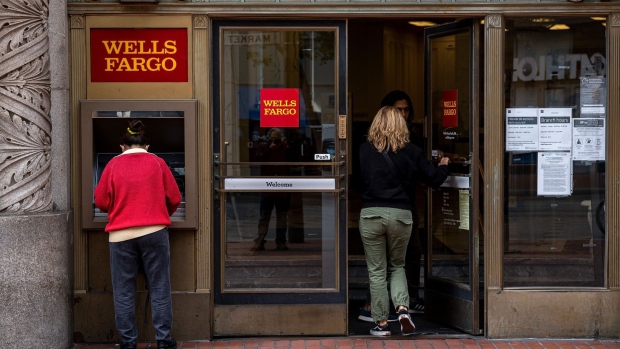 (Bloomberg) -- Weeks after Wells Fargo & Co. set off a public outcry over its plan to discontinue personal lines of credit, the bank is reversing course.

In recent days, the San Francisco-based lender began informing customers who have been using their personal credit lines that the financing channels will remain available. Clients who haven’t used their accounts in the past 12 months also will be given the option of keeping them open, according to a person with knowledge of the matter.

“Based on feedback from our customers (thank you if you provided feedback!) we are adjusting our approach,” John Rasmussen, an executive vice president who oversees Wells Fargo’s personal lending business, wrote to active customers in an email seen by Bloomberg. “The terms of your account are not changing.”

Wells Fargo’s announcement last year that it had stopped accepting applications for personal credit lines went unnoticed in an era in which the vast majority of consumers have come to favor other options -- such as credit cards and personal loans -- for rainy-day financing and big-ticket purchases. But when the bank tagged the remainder of that business for closure and began notifying clients, borrowers took their complaints public, triggering fresh scorn from Capitol Hill.

One reason: Reducing a customer’s available financing can hurt their credit score.

“Not a single @WellsFargo customer should see their credit score suffer just because their bank is restructuring after years of scams and incompetence,” Senator Elizabeth Warren wrote on Twitter at the time. “Sending out a warning notice simply isn’t good enough -- Wells Fargo needs to make this right.”

Personal lines of credit -- known as PLOCs in the industry -- have become something of a throwback in recent decades.

The unsecured revolvers were offered mostly to borrowers with strong track records. But those people now have numerous other options, including credit cards with competitive rewards programs, an army of online lending platforms, personal and home equity loans, and financing for larger purchases that retailers and dealers sometimes provide at 0% interest rates.

Under Chief Executive Officer Charlie Scharf, Wells Fargo has been exiting businesses deemed inessential with the goal of simplifying operations and improving profitability after years of scandals. But, as it turned out, the personal credit lines remained a favored source of financing for some longtime customers.