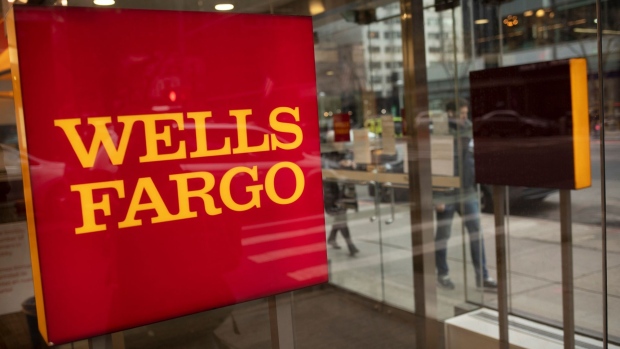 Signage at a Wells Fargo bank branch in New York, U.S., on Thursday, Jan. 13, 2022. Wells Fargo & Co. said it expects a key measure of lending to pick up this year, a sign that clients are starting to take on debt again as government stimulus wanes. Photographer: Victor J. Blue/Bloomberg , Bloomberg

(Bloomberg) -- Wells Fargo & Co. has hired Dan Schleifman from Credit Suisse Group AG as a managing director in its North American corporate and investment banking mergers and acquisitions group, according to people familiar with the matter.

Schleifman will be based in New York and will focus on large-cap clients across sectors including industrials and financial institutions, said the people who asked not to be identified because they weren’t authorized to speak publicly. He will report to David DeNunzio, global head of mergers and acquisitions, the people said.

A representative for Wells Fargo confirmed the appointment, declining to provide further details on the role.

“Dan brings extensive experience in advising companies, boards and special committees in their M&A transactions” DeNunzio and Sam Farnham, head of Americas mergers and acquisitions, said in a statement.

The hire is the latest by Wells Fargo as it looks to increase its expertise in investment banking. The bank hired Hunter Patton and Karen Flaherty from Ford Motor Co. and Deutsche Bank AG to cover automotive technology and medical technology, respectively, in the past year.

Schleifman spent 24 years at Credit Suisse, most recently as a managing director in its M&A group, also leading its special committee practice. He sat on a reputation risk committees as well. He joined Credit Suisse through the bank’s acquisition of Donaldson, Lufkin & Jenrette and started his career at Merrill Lynch.