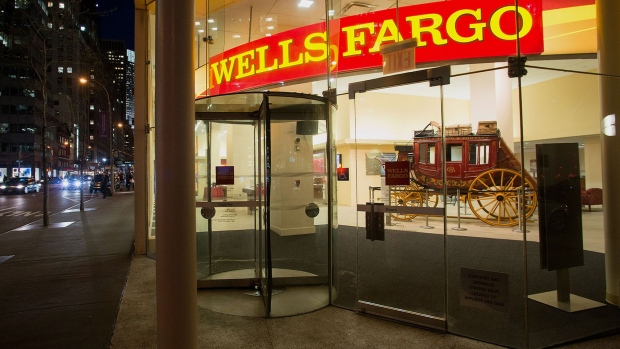 (Bloomberg) -- Wells Fargo & Co. has promoted Marc Winniford to chief financial officer of corporate and investment banking, elevating him to finance chief of one of the firm’s most promising growth engines.

Winniford had been interim CFO of the division since November and was head of corporate finance before that, according to an internal company memo from Wells Fargo CFO Mike Santomassimo and Jon Weiss, chief executive officer of corporate and investment banking.

A representative for Wells Fargo confirmed the contents of the memo.

The move comes as Wells Fargo CEO Charlie Scharf pushes for a bigger presence on Wall Street advising large corporations on mergers, stock offerings, debt sales, treasury management and other services. While the San Francisco-based bank has one of the largest retail branch networks in the U.S., it lacks the muscular investment banking services of rivals including two of Scharf’s former employers, Citigroup Inc. and JPMorgan Chase & Co.

Scharf has been seeking to change that by recruiting talent and pushing bankers to solicit more corporate advisory work from large clients that rely on Wells Fargo for bread-and-butter lending and commercial real estate services. Investment banking earnings rose 33% year-over-year in 2021 to $464 million, according to the company’s fourth-quarter report.

Winniford replaces Dan Thomas, who was named co-head of the markets division of the corporate and investment banking in November.

Winniford also worked as head of corporate development and assistant treasurer since joining Wells Fargo in 2015 from Lazard Ltd. In his new role he will continue reporting to Santomassimo and will have accountability to Weiss. Winniford will continue to lead the corporate finance team while the bank searches for his successor in that role.