Wells Fargo & Co. (WFC.N) investors who stuck with the bank through a bumpy few months are being rewarded with the best first quarter in five years.

Net income climbed 14 per cent as the bank cut costs and revenue fell less than expected. Non-interest expense fell 7.3 per cent to US$13.9 billion as the bank made progress on an initiative started by former Chief Executive Officer Tim Sloan and avoided any big legal charges.

Scandals erupted at Wells Fargo two and a half years ago with the revelation that employees opened millions of potentially fake accounts to meet sales goals. The fallout resulted in CEO John Stumpf’s ouster, with Sloan taking his place. During Sloan’s tenure, Wells Fargo discovered problems in more business lines, subjecting the bank to more than a dozen probes by U.S. agencies and a growth ban from the Federal Reserve. 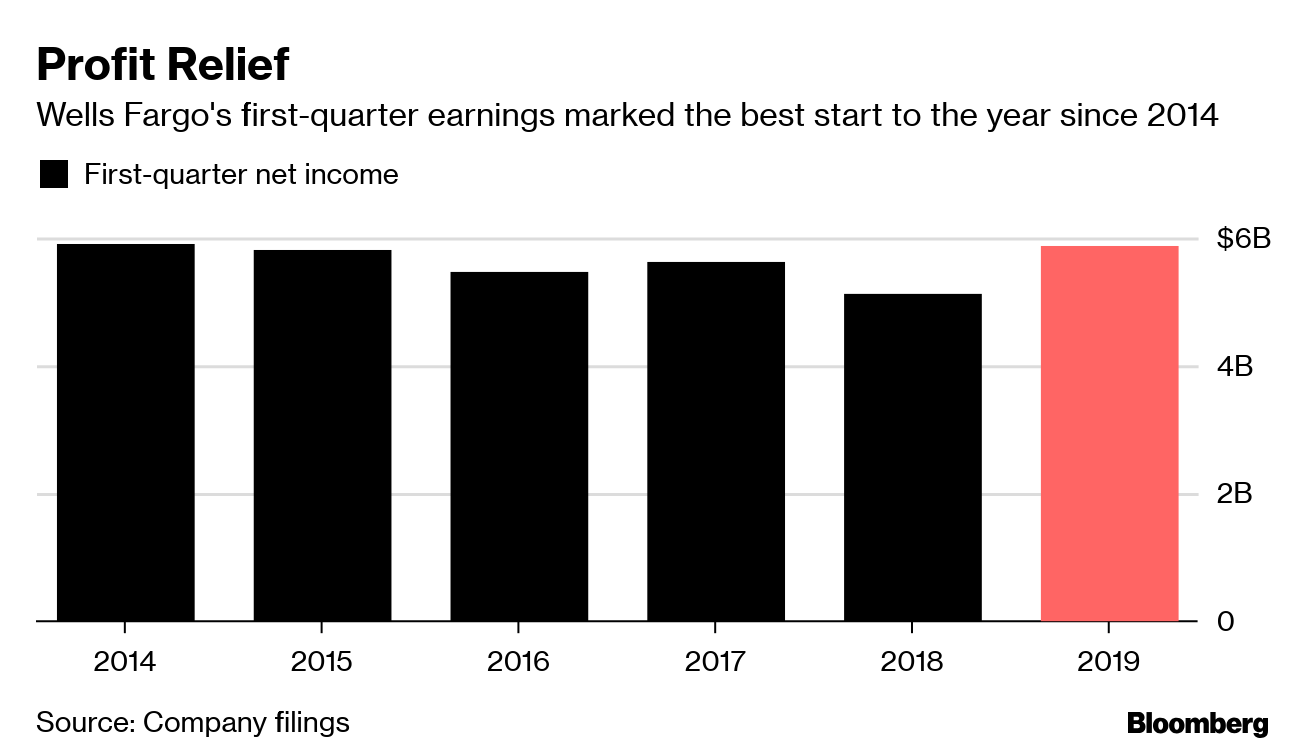 Wells Fargo’s tumultuous start to 2019 was capped by Sloan stepping down at the end of March amid regulatory, political and investor scrutiny. The board is searching for a new leader outside the bank. Allen Parker, Wells Fargo’s general counsel, is running the bank in the meantime.

Revenue fell 1.4 per cent to $21.6 billion in the first quarter but was still more than the US$21 billion average estimate of 21 analysts in a Bloomberg survey.

Earnings per share rose to $1.20, sure to please at least one key investor. Warren Buffett, whose Berkshire Hathaway Inc. is the bank’s biggest shareholder, told the Financial Times earlier this month that he doesn’t care whether revenue increases at Wells Fargo, he cares “about whether they grow in earnings per share over time.”

Wells Fargo shares rose to US$48.19 at 8:21 a.m. in early New York trading after closing at US$47.74 on Thursday. They’ve gained 3.6 per cent this year through Thursday’s close, trailing the 14 per cent increase in the KBW Bank Index.