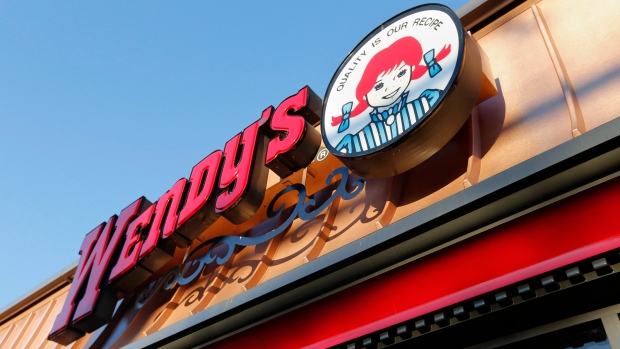 Wendy’s Co. has cut its earnings outlook as it spends to roll out breakfast across the U.S. Shares fell on the news.

Breakfast, which is already in more than 300 locations, will roll out nationwide in the U.S. in 2020, the Dublin, Ohio-based company said in a statement Monday. The expansion into thousands of more sites will bring a one-time upfront investment of about US$20 million this year.

Wendy’s now expects earnings per share, excluding some items, to decline between 3.5 and 6.5 per cent in 2019. A month ago, it had been forecasting growth of 3.5 to 7 per cecnt.

The breakfast push comes at a time when fast-food chains are locked in a battle to win customers amid aggressive discounting and more competition. McDonald’s Corp. has also been working to lure more morning diners with a recent test of doughnut sticks in the U.S. Wendy’s says its new lineup includes a honey-butter chicken biscuit and breakfast Baconator sandwich. Wendy’s has previously tried pushing breakfast in past years with lackluster sales results.

Adjusted EBITDA will be flat to down 2 per cent, below the 2.5 to 4.5 per cent growth it had been targeting. Wendy’s held steady its systemwide sales growth forecast and capital spending targets for 2019. To support breakfast, the company and its franchisees are planning to hire about 20,000 workers.

Wendy’s shares fell as much as 8.9 per cent to US$20 in late trading after the announcement, before paring some of the loss. The company said it plans to give additional long-term guidance at its investor meeting on Oct. 11.