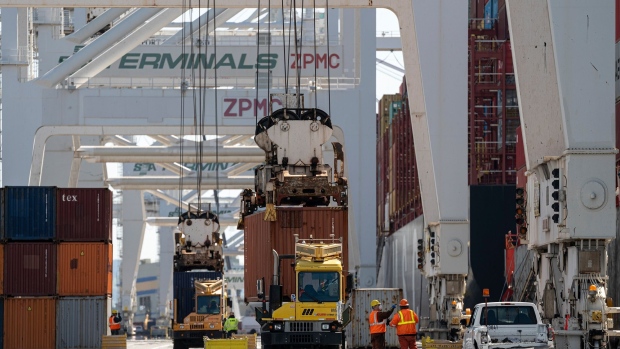 (Bloomberg) -- The union representing about 22,000 US West Coast dockworkers and their employers will continue negotiations for a new labor contract past the July 1 expiration of their current pact.

“While there will be no contract extension, cargo will keep moving, and normal operations will continue at the ports until an agreement can be reached between the Pacific Maritime Association and the International Longshore & Warehouse Union,” the parties said in a joint statement Friday.

The ILWU and the more than 70 employers represented by the PMA started May 10 negotiating a fresh contract for longshoremen across 29 ports in California, Oregon and Washington. While the current agreement ends Friday at 5 p.m. local time, the groups had recently said they were unlikely to reach a deal before then and had reaffirmed neither side was preparing for a strike or lockout.