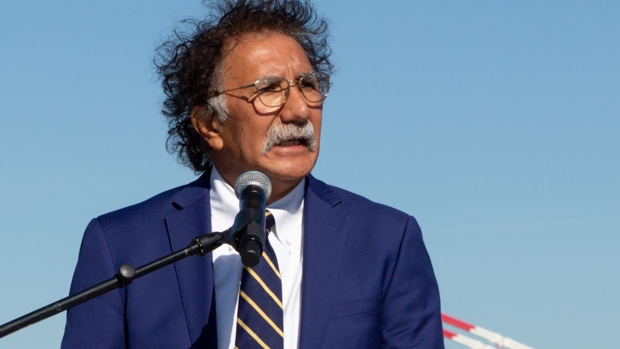 (Bloomberg) -- The head of the US’s second-busiest port doesn’t see talks over new labor contracts for 22,000 dockworkers at 29 West Coast operations reaching settlement by a July 1 deadline, but is optimistic of a solution a month or two later.

“I have confidence that the two parties know what’s at stake here,” Port of Long Beach Executive Director Mario Cordero said on Bloomberg Television on Friday. “They will resolve their differences within a reasonable time. It’s not going to be before July 1. But I think we may be looking to a couple of months thereafter. On that front, I’m optimistic.”

Talks to work out the new labor contract started May 10. The International Longshore and Warehouse Union and the Pacific Maritime Association -- which represents about 70 employers -- both say they expect cargo to keep moving until an agreement is reached.

When the parties last got together to discuss contracts in 2014, West Coast ports faced months of slowdowns that only ended when the White House got involved.

Two years of record consumer spending have seen cargo loads hammer ports, particularly on the US West Coast, with delays and congestion. Workers are seen as having additional leverage as carriers have reaped record profits in a tight market. While wages and benefits are frequent sticking points, the employers’ right to automate could emerge as a particularly thorny issue.

Cordero’s caution comes after the Journal of Commerce reported Friday that the ILWU asked for negotiations to be put on hold until June, citing people it didn’t identify who are close to the matter. Last week, both parties said the talks would happen on a daily basis until an agreement was reached. The union didn’t respond to a request for comment, while the PMA declined to comment.

Earlier this week, Port of Los Angeles Executive Director Gene Seroka said there’s “no need to worry right now” about the negotiations, adding that “dockworkers are still going out in record numbers and will continue to do so.”

Should an agreement not be reached, “we have implemented measures to make sure that we keep some fluidity in the movement of cargo,” Cordero said in a separate interview on Bloomberg Radio, pointing to the pilot 24/7 initiative at Long Beach and Los Angeles.

“I don’t expect a slowdown by labor,” the Long Beach port chief said. “For us, we’re certainly better prepared to address any type of scenario than maybe we were a year ago.”

Cordero said the port is preparing for the peak season in shipping, which usually starts in July ahead of the holiday season. This year, it’s likely to coincide with the increase in cargo arrivals that had been held back from the US because of the lockdowns in China. “That’s going to have a domino effect,” he said.