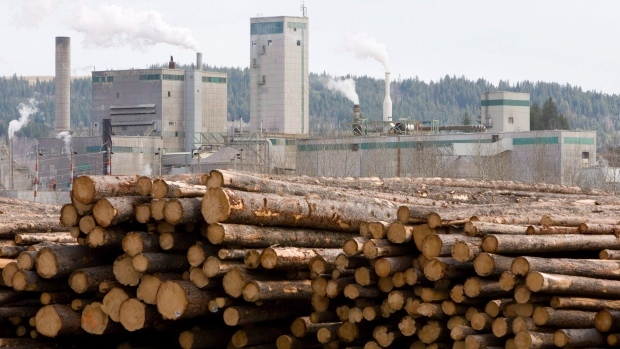 VANCOUVER - West Fraser Timber Co Ltd. is reporting a third-quarter loss as higher production from its U.S. south division failed to make up for reduced output in Canada.

West Fraser reported lumber production was down three per cent compared to the second quarter as it completed the permanent closure of its Chasm, B.C., lumber mill and eliminated the third production shift at its 100 Mile House, B.C., operations.

It says output in Alberta was affected by temporary weather-related log shortages.