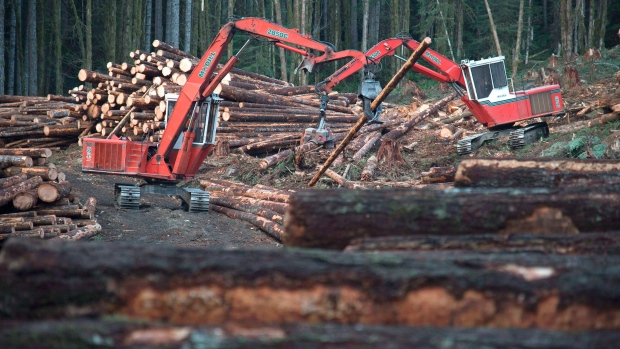 A section of forest is harvested by loggers near Youbou, B.C. lumber , The Canadian Press

West Fraser was charged $68 million in countervailing and antidumping lumber duties in the quarter.