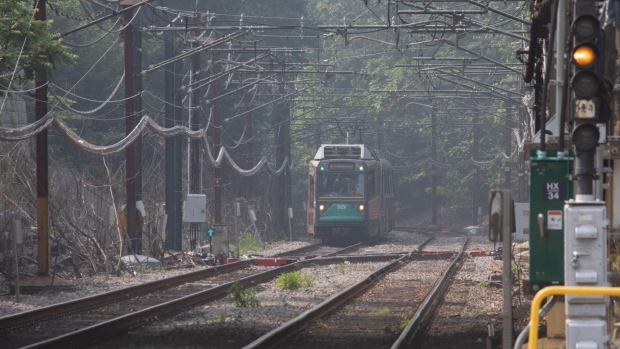 (Bloomberg) -- Massachusetts has issued an air quality advisory after smoke from West Coast wildfires more than 2,000 miles away drifted over the Bay State.

Monday’s advisory covered most of the state outside of Cape Cod, Martha’s Vineyard and Nantucket and was set to last until midnight. Parts of western and central Massachusetts experienced unhealthy air quality Monday, according to a state Department of Environmental Protection website -- meaning even healthy people were encouraged to limit exposure. Monitors in the Boston area were recording moderate air quality Monday.

Fires burning throughout the western U.S. have sent plumes of smoke across the Midwest and Northeast, shrouding skies in a milky haze and tinging the air with the smell of burning wood. The smoke contains small particles that pose a threat to people with heart and lung conditions.

A cold front moving through New England later Tuesday could clear out the smoke for a while, said Rob St. Pierre, a meteorologist with Hometown Forecast Services, which provides outlooks for Bloomberg Radio. The relief may be short-lived, though, as weather models say the smoke and haze could be back later in the week, according to National Weather Service meteorologist Torry Gaucher.