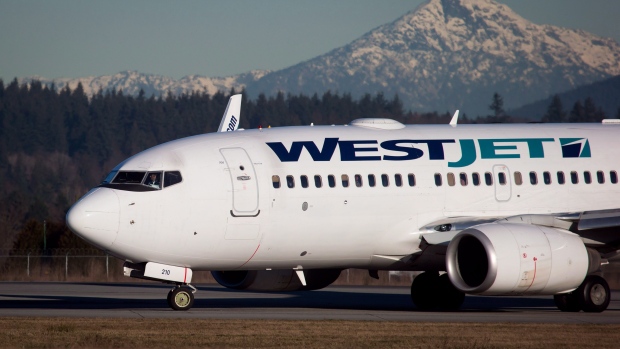 The announcement follows comments by Transport Canada late last year that safety experts had validated the aircraft design changes and outlined requirements for Canadian carriers to bring it a step closer to resuming flights.

The Boeing 737 Max aircraft has been grounded for nearly two years after technical issues led to deadly crashes in Indonesia and Ethiopia.

The U.S. Federal Aviation Administration has cleared the Max for flight, as long as carriers implement certain design fixes and provide specialized training to pilots.

WestJet says pending approval of the aircraft for commercial flights by Canadian authorities its first flight is set for Jan. 21.

It says it plans to operate three round-trip flights per week between Calgary and Toronto for four weeks, while it evaluates further routes and additional flights.