Bondholders aren’t cheering SoftBank Group Corp.’s US$9.5-billion WeWork rescue, even though the new financing will help keep alive the company that was on track to run out of money as soon as next month.

The problems? The package includes US$1.1 billion of secured bonds which rank ahead in line for repayment compared to WeWork’s existing debt. It adds another US$2.2 billion of unsecured debt which increases credit risk. And the takeover, which hands 80 per cent of the company to the Japanese conglomerate, won’t be considered a “change of control” that can allow bondholders to sell back their holdings for a premium.

WeWork’s US$669 million of bonds due in 2025 plunged 4.7 cents US on the dollar to about 80 cents US on Wednesday morning in New York, matching their record low closing price, according to Trace. 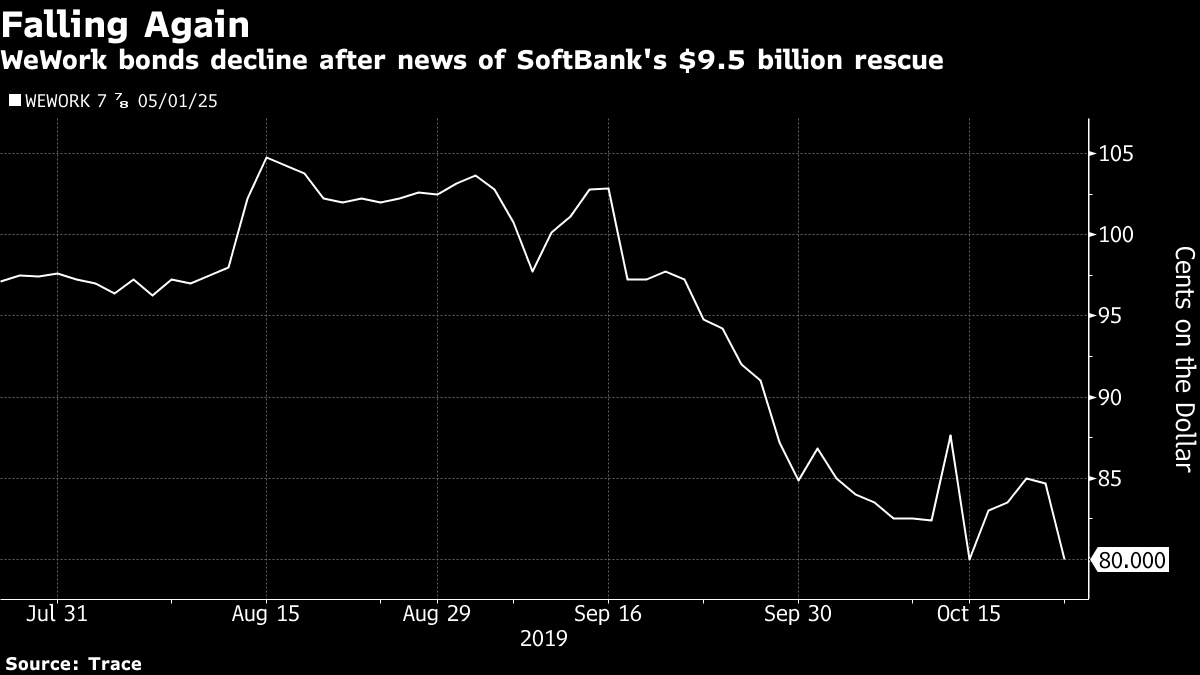 So-called change of control puts are a common feature in bond agreements, and entitle holders to a payout of 101 cents US on the dollar if a bond issuer’s ownership changes due to an event like a buyout or a proxy fight. Such a payout would be a boon to bondholders, considering that the debt trades at distressed levels. But even though Softbank will own the vast majority of the company, it still doesn’t have a majority of voting rights.

SoftBank is also considered a “permitted holder” of the company, a common provision in bond agreements that lets major shareholders take control without triggering the buybacks, the idea being that bondholders were aware of major equity investors when they decided to buy the debt and wouldn’t need to reevaluate their holdings if one of those shareholders raised their stake.

Covenant Review’s earlier analysis of WeWork’s debt documents found that the firm could add additional unsecured debt if it meets certain earnings and liquidity standards and had capacity to take on at least US$1 billion of secured debt without running afoul of existing terms.