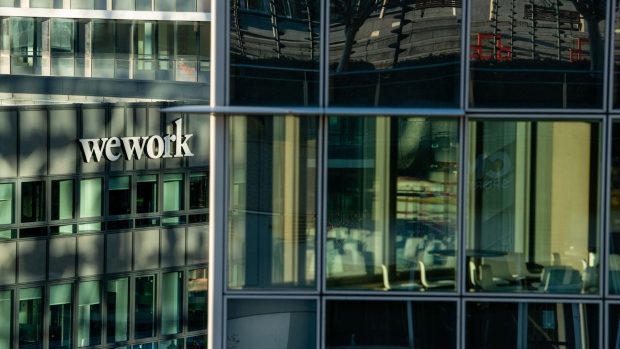 WeWork bonds surged amid reports that the company is in talks to go public through a merger with a special purpose acquisition company.

Any deal could value WeWork at about US$10 billion, the Wall Street Journal reported Thursday. The company was valued as high as US$47 billion two years ago.

The debt has made a significant recovery since falling to distressed levels in March, when the coronavirus pandemic took a further toll on the already troubled company’s prospects. WeWork withdrew an attempt to go public in September 2019 amid concerns about corporate governance and aggressive spending, putting urgency on the company to find new sources of capital. 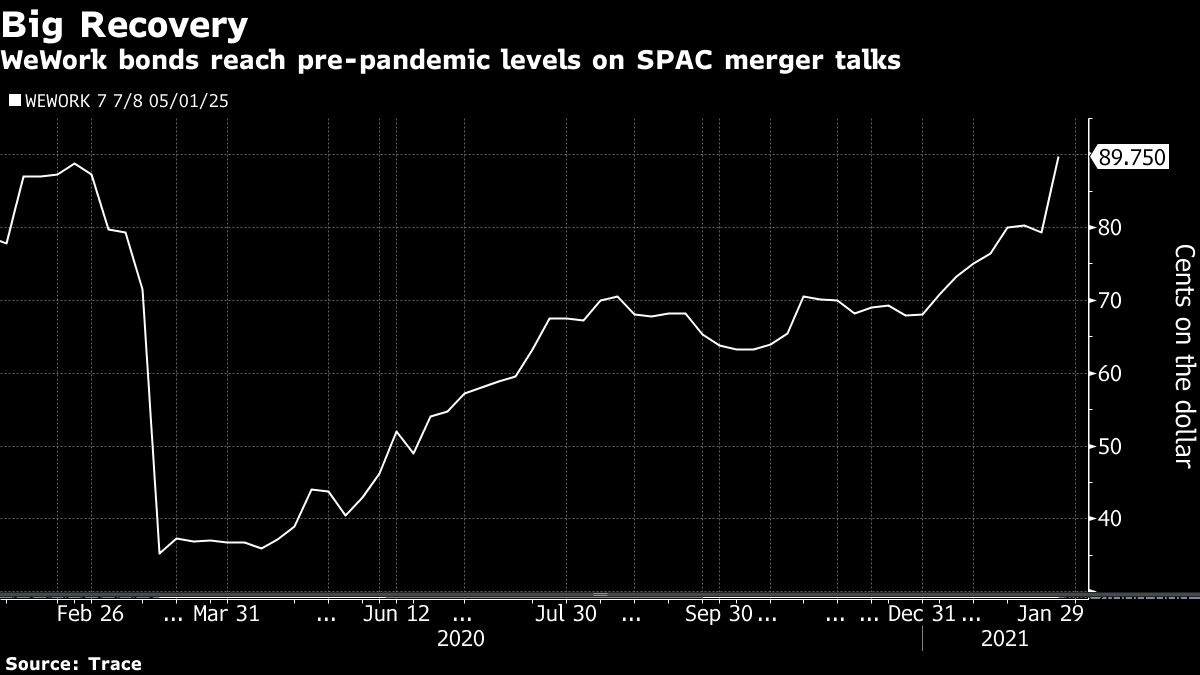