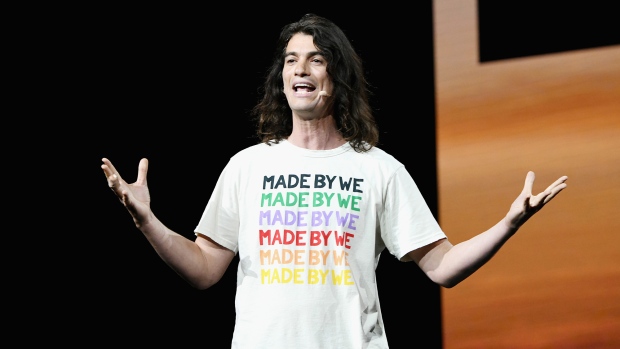 WeWork and its embattled former chief executive officer, Adam Neumann, were hit with a federal bias complaint by his ex-chief of staff for alleged pregnancy and gender discrimination, the latest of several recent lawsuits against the office-sharing company.

The complaint, filed Thursday with the Equal Employment Opportunity Commission’s New York office, comes as WeWork, fresh from a failed initial public offering, faces criticism over its all-male board, which it’s trying to diversify.

Medina Bardhi, a WeWork employee for more than five years, gave birth to two children while working for Neumann and the company searched for a permanent replacement for her each time, according to a statement from her lawyer, Douglas Wigdor.

“Like clockwork, each time Ms. Bardhi returned to work following her maternity leave, WeWork’s management transparently and systematically marginalized and discriminated against her by drastically and materially reducing her role and/or demoting her outright,” Wigdor said in the statement.

Bardhi alleges she was fired on Oct. 2, two weeks after she says she raised concerns to multiple WeWork executives. She wants her complaint to lead a class action suit on behalf of other women at the company, according to Wigdor. The suit also names WeWork Chief Legal Officer Jennifer Berrent.

“WeWork intends to vigorously defend itself against this claim,” the New York-based company said in a statement. “We have zero tolerance for discrimination of any kind. We are committed to moving the company forward and building a company and culture that our employees can be proud of.”