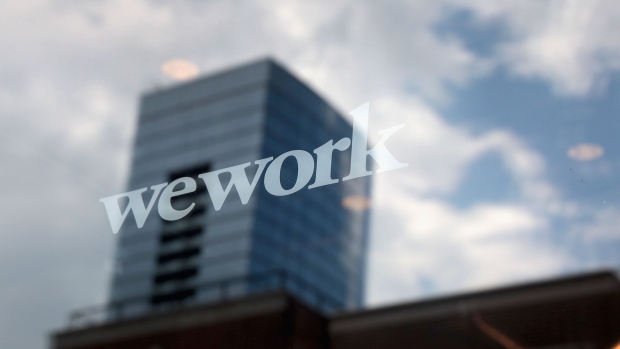 (Bloomberg) -- WeWork has offered some of its customers half off their rent to lure them into signing longer-term leases and minimize cancellations during the pandemic, according to people with knowledge of the matter.

Some of the discounts are targeted at tenants in the U.S. who are on month-to-month contracts and agree to sign on for as little as two or three months, said one of the people, who asked not to be identified because they weren’t authorized to discuss the arrangements publicly. It’s unclear how widespread the offers are but, as of last June, more than a quarter of WeWork’s customers were on month-to-month-leases, according to a securities filing.

The Covid-19 pandemic is keeping large swaths of the global workforce at home and taking a heavy toll on renters of office space. WeWork, whose largest investor is Japan’s SoftBank, said last week that in light of the uncertainty caused by the coronavirus, it no longer expects to hit 2020 financial targets. It separately cut another 250 jobs last week in an ongoing effort to lower expenses. WeWork competitor Knotel Inc. said Friday it will reduce headcount by half.