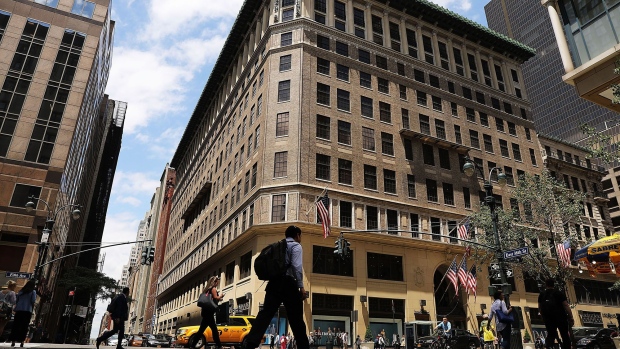 WeWork is spending an estimated US$438 million to renovate New York’s Lord & Taylor building, according to a filing Friday from Hudson’s Bay Co.

The renovated building will have two floors of retail, a basement food hall and nine floors of office space, said Hudson’s Bay, which still owns a US$125 million preferred equity interest in the property after selling it to WeWork for US$850 million in February. The project should be substantially complete by late 2020, the filing said.

WeWork is cutting costs after an abandoned initial public offering, the ouster of its co-founder Adam Neumann and a bailout from SoftBank. The company reported a net loss of US$1.25 billion in the third quarter after a spending spree in anticipation of the IPO. As it seeks to become profitable, the co-working firm has said it will sell assets and cut thousands of jobs.

The Lord & Taylor building, which opened at 424 Fifth Avenue in 1914, is one of WeWork’s priciest investments in its decade-long history. The building had US$603 million of outstanding debt when it was sold to the co-working company and that will increase to US$900 million as the renovation nears completion, Hudson’s Bay said.

The building has about 680,000 square feet that WeWork will have to fill. The company has considered making the space its headquarters, but also reportedly had talks with Amazon.com Inc. about leasing offices there.

The New York Post reported in October that the co-working firm is struggling trouble to find subtenants for the space.