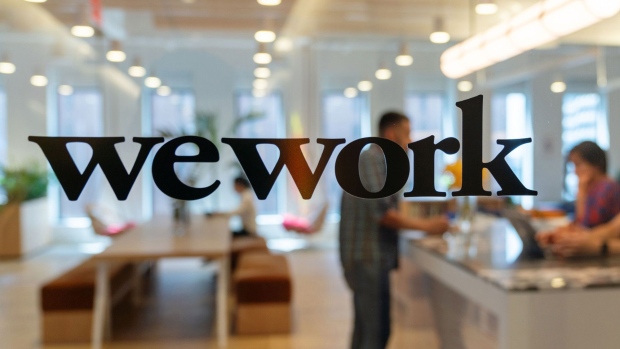 WeWork is in talks to go public through a merger with a special purpose acquisition company, according to a person with knowledge of the matter, some 16 months after its efforts at a traditional initial public offering failed spectacularly.

The board of the New York company has fielded offers from blank-check vehicles and is weighing those against possible interest from investors in a private funding round, said the person, who asked not to be identified because the discussions are private.

Marcelo Claure, WeWork’s executive chairman, addressed overtures from SPACs in an interview at Bloomberg’s The Year Ahead conference Thursday.

“We have SPACs approaching us on a weekly basis,” said Claure, who’s also chief operating officer at SoftBank Group Corp., WeWork’s largest investor. “We’re humbled that is happening because a year ago, nobody wanted to even be associated with WeWork.”

Any deal could value WeWork at about US$10 billion, the Wall Street Journal reported, naming prospective suitors including a SPAC affiliated with Bow Capital Management LLC. BowX Acquisition Corp. is a blank-check company linked to Bow Capital, filings show.

“We will continue to explore opportunities that help us move closer towards our goals,” a company spokeswoman said in an emailed statement. “Over the past year, WeWork has remained focused on executing our plans for achieving profitability.”

WeWork, co-founded by Adam Neumann, was valued at as much as US$47 billion two years ago. The attempt to go public laid bare the many weaknesses of the business, and the coronavirus pandemic took a further toll on the company’s prospects. WeWork’s model consists of packing high volumes of workers into shared offices, an unappealing option for many people during a health crisis.

The company, led by Chief Executive Officer Sandeep Mathrani, said in November that its overall membership and revenue shrank in the third quarter compared with the quarter before. WeWork saw US$811 million in sales for the quarter and negative free cash flow of US$517 million. The company left 66 locations and re-negotiated lower rent, deferrals or other lease changes at more than 150 others, leaving it with 542,000 memberships across its 859 locations, Bloomberg reported at the time.

Yet, Claure argued the pandemic was helping WeWork during the interview onstage with Bloomberg’s Emily Chang. He said the work-from-home situation benefits WeWork and would continue to do so as people return to the workplace. “This is where WeWork suddenly becomes an incredible value proposition,” he said. “New habits have been developed during this pandemic.”