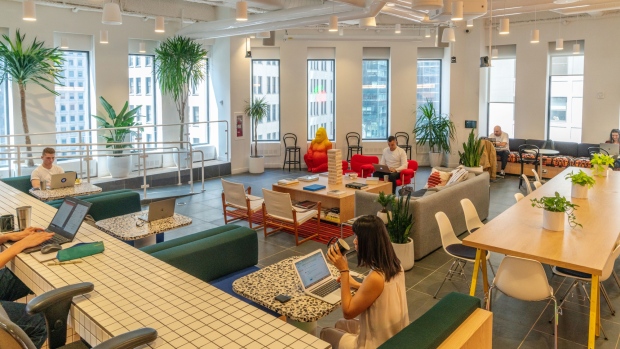 WeWork Cos., is planning to make public its prospectus for its initial public offering as early as next week, according to people familiar with the matter, unveiling the full financial picture of the office sharing startup for the first time.

The New York-based company will test public investors’ appetite for cash-burning startups after the tepid debut of Uber Technologies Inc., the largest IPO of the year. WeWork is looking to raise more than US$3.5 billion, Bloomberg has reported, which would make it the second-largest U.S. IPO this year.

The company said in April it had filed paperwork for the initial public offering confidentially with the U.S. Securities and Exchange Commission. No final decision has been made and the timing of the public filing could still change, the people said, asking not to not be identified because the matter is private.

WeWork has disclosed select financial information since it started selling bonds in 2018. WeWork lost US$1.9 billion last year on US$1.8 billion in sales.

WeWork, based in New York, has been targeting a September IPO, people familiar with the company’s plans said in July. It has also been in talks to raise billions in debt.

WeWork leases temporary office space to small companies such as startups as well as larger enterprises such as Salesforce.com Inc. and Microsoft Corp. SoftBank Group Corp., its largest backer, has valued the unprofitable business at $47 billion. Since its founding in 2010, WeWork has raised more than US$12 billion in funding.