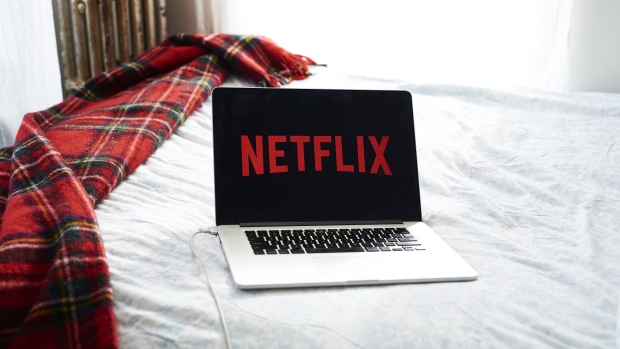 Netflix Inc. signage is seen on an Apple Inc. laptop computer in this arranged photograph taken in the Brooklyn Borough of New York, U.S., on Thursday, Jan. 10, 2019. Netflix is scheduled to release earnings on January 17. Photographer: Gabby Jones/Bloomberg , Bloomberg

It was the decade that altered the very definition of “TV” — Noun: Netflix. Verb: to stream.

The industry’s struggle to adapt to the new terminology sparked a merger mania that has rapidly condensed the market for entertainment content and pay-TV services into the hands of a powerful few. Here’s a look at what the rise of Netflix Inc., the intrusiveness of Big Tech and a decade of dealmaking did to the media and entertainment landscape:

As viewers decided they didn’t need so many channels, the industry decided it didn’t need so many companies. Once-powerful corporations such as 21st Century Fox and Time Warner Cable were acquired by rivals better equipped to navigate the new age of streaming. Fox’s studios joining the Walt Disney Co. family probably came as the biggest shock, but Disney’s more meaningful acquisitions were of the Marvel and “Star Wars” franchises, giving it near-total domination of the big screen.

Of course, the big screen isn't quite so big anymore: Netflix alone generates more revenue than the entire North American box office. Originally a DVD-by-mail service whose biggest competitor was the Blockbuster store, Netflix is now nearly as valuable as Comcast Corp. (For a time, it was even worth more than the cable behemoth.) It has also lured some of Hollywood’s most sought-after directors and actors, while others have taken their movie-making talents to Apple Inc. and Amazon.com Inc. That’s as Lions Gate Entertainment Corp., the studio that produced “The Hunger Games,” is barely able to hang on to its independence. CBS and Viacom recently became ViacomCBS Inc., but they, too, may be industry prey. Discovery Inc. was able to corner the market for unscripted domestic and culinary programming by taking ownership of HGTV and the Food Network. But the mega-deal of the decade was AT&T Inc., a once prosaic phone company, swallowing Time Warner, the parent of HBO.

The so-called streaming wars didn’t begin on any particular date, but an important one was April 2, 2010. That was the day the Netflix app appeared on the Apple iPad. Within a few months it was in the iPhone app store and suddenly streaming could fit right in our pockets, traveling wherever we went. Not long before, Netflix had struck a fateful distribution agreement with the Starz premium cable channel, which held the rights to major movies months after they left theaters. Starz would later regret the arrangement, but for Netflix, it meant gaining backdoor access to thousands of films, including hits made by Disney (which would later ink its own deal with the service). And just like that, a US$9-a-month app became a viable and satisfying alternative to cable TV.

Then came the mergers.

Few industries were maimed by technology these last 10 years more than media — print media absolutely, but also the entertainment giants, where the figures at stake were even larger. By 2015, the industry’s center of power was shifting as cracks formed in the traditional pay-TV model. A now-infamous earnings report that summer from Disney showed that cable subscribers were dropping the company's ESPN channel, the most valuable network on the air — what was supposed to be the Teflon of TV. The typical US$100-a-month-or-so cable bundle that force-fed consumers far more channels than they ever needed was going the way of antennas. AT&T, which had just bet big on satellite dishes by acquiring DirecTV, turned its focus to content assets and spent 857 days straining to close its deal for Time Warner.

It was a seminal moment for the industry when a usually tenacious Rupert Murdoch sold most of his company to Disney, a deal which also included valuable franchises such as "The Simpsons" and "X-Men." The recent reunion of Viacom and CBS was the Redstone family’s attempt to shore up the walls of its own vulnerable empire, bringing back together the broadcaster that owns Showtime and the parent of MTV and Paramount Pictures.

Sprouting from all these mergers are new Netflix-copycat services, such as the Disney+ app that launched in November and AT&T’s HBO Max, which is set to launch in May. Apple TV+ subscriptions also went on sale last month, while Comcast’s Peacock service — named for the logo of its NBCUniversal division — arrives in April.

Cord-cutting and consolidation redefined the media landscape in the 2010s. The next decade will usher in a new roster of leaders tasked with trying to make financial sense of the industry shape-shifting. Longtime media moguls such as Disney CEO Bob Iger and John Malone, the influential owner of Charter and Discovery, are on their way toward retirement; Iger, 68, has a scheduled date of December 2021, while the 78-year-old Malone has started to lighten his load. A bedridden Sumner Redstone is 96 and his daughter Shari Redstone is 65; AT&T CEO Randall Stephenson is 59; and Charter CEO Tom Rutledge is 66. Comcast Chairman and CEO Brian Roberts is 60, though the company’s unusual articles of incorporation say he can hold onto his job for the rest of his life. However, Comcast did recently announce that Steve Burke will retire as NBCUniversal’s CEO at the start of the new year.

For investors and consumers alike, it’s an uncertain road ahead. My cynical prediction: An already shrinking industry will get even smaller.