Competitiveness was one of Canada’s buzz words of 2018 — and not for good reason.

The past year saw a growing chorus of voices from the business community sounding the alarm on Canada’s eroding competitiveness. Pressure mounted on Prime Minister Justin Trudeau to respond to the Trump administration’s cut to U.S. corporate tax rates, while warnings about regulatory uncertainty and foreign investment outflows grew louder.

By the fall, the pressure to act reached a fever pitch and Finance Minister Bill Morneau responded in his economic update by announcing a number of measures targeted at boosting competitiveness, including write-offs for capital investment and a vow to slash red tape.

But will it be enough in the year ahead? BNN Bloomberg asked Canadian business leaders what they think the country needs to do to become more competitive in 2019. Here are their answers, which have been edited and condensed for brevity: 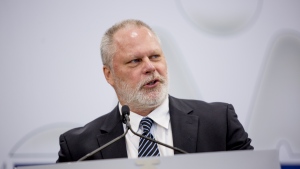 “Corporate taxes make a difference. Lower corporate taxes encourage people to locate and invest [in the U.S.]. … I think access to markets is very important. The work on the USMCA, the fact that we’ve got access to the U.S. market, is hugely important for the simple reason that we can produce for a market that’s 10 times the size of ours and that forces us to be competitive.” 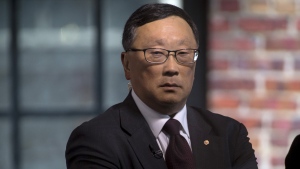 “From a technological point of view, Canada is extremely competitive. In fact, it’s well known that Waterloo and Toronto have very good universities, very good technical skills and projects going on. I don’t think anybody would question that … Canada could improve a little bit when it comes to taking companies global. It’s not something I think is top of mind.”

“We ought to figure out how to think in a more global manner. Businesses in Canada are very Canadian-focused. I would suggest broadening out and having more of an understanding of doing business everywhere.” 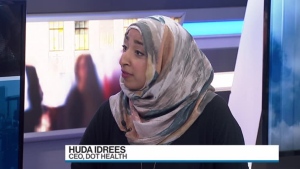 “Small business incentives need to be a lot better. I don’t think our provincial or federal governments are very motivated to make it easy for small businesses to operate … I also think we can make our policy framework a lot more innovative - we need to be more agile. We know that policies are outdated the moment they get put on paper, so we need to make sure we’re consolidating them enough so that you don’t have to change them in 13 different [provinces]. We’re a population of 36 million, it doesn’t make sense to have so much redundancy.”

“Also, I think the government should start to put more money in homegrown companies. The U.S. does this. They in fact have bands and quotas for federal money that has to go into U.S.-made companies. Why doesn’t Canada do that? We should do that.” 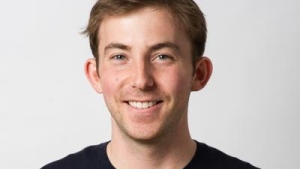 “Canada has all the ingredients to be a globally competitive economy. We have some of the best talent in the world, institutions that are continuing to nurture this talent, and a global brand that attracts some of the world’s best to come here. But we haven't figured out the recipe to translate those ingredients into a thriving innovation ecosystem. Our economy is still largely focused on pulling things out of the ground and financing that activity, and that just isn't going to allow us to compete globally over the long term.”

“Canada likes to play fair, so our approach to investing in innovation has been to spread our investment dollars across sectors. But to really be competitive long term, we need to pick winners. We can’t match dollar-for-dollar investments that other, bigger countries are making, so we need to pick our best shots and really double down.” 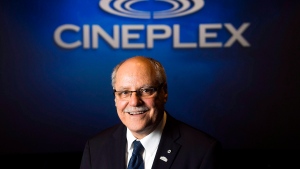 “In order to be competitive in 2019, Canada needs to support the success of Canadian businesses, particularly instead of providing support to foreign entities. A prime example of this, which I have spoken very openly about this year, is our government’s continued support of American companies like Netflix that directly compete with Cineplex and our offerings … This is just one of many examples of the disadvantage this double standard puts on Canadian businesses and there is most certainly room to rethink how things are done.”