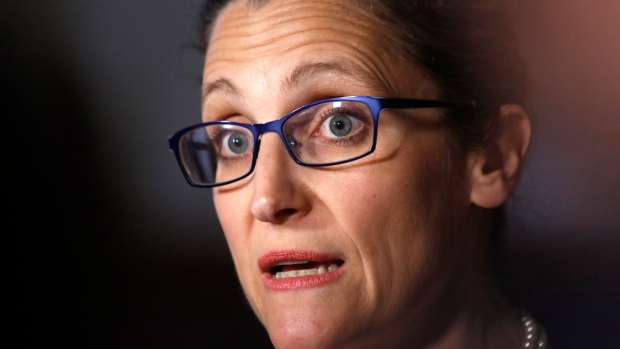 Minister of Foreign Affairs Chrystia Freeland talks to reporters about NAFTA outside the House of Commons on Parliament Hill, in Ottawa, Thursday, May 18, 2017. , THE CANADIAN PRESS/Fred Chartrand

WASHINGTON -- Foreign Affairs Minister Chrystia Freeland released Canada's list of key demands Monday for a new North American Free Trade Agreement as talks get set to begin in Washington later this week.
Freeland's list, which is much shorter than the U.S. wish list of more than 100 items, includes: