What to watch in the U.S. midterms

Excitement is abound south of the border as Americans get set to elect new members to the Republican-controlled House of Representatives and Senate on Tuesday.  But when it comes to the election’s significance for Canada, trade is top of mind.

All  435 seats in the House and 35 of the 100 Senate seats are up for grabs Nov. 6, as the Republican Party aims to maintain its majority in both houses. Early polls suggest the Democrats will take the House and the Senate will likely remain under Republican control.

But even if that power shifts, some experts say key issues for Canada like trade aren’t likely to be affected drastically.

“On that issue, we’re in a kind of a transformational period,” Ryan Hurl, an assistant professor of political science at the University of Toronto, told BNN Bloomberg in a telephone interview.

The United States-Mexico-Canada Agreement, a revision of the North American Free Trade Agreement, was reached in late September, but still needs to be ratified by all three country’s lawmakers.

READ MORE: WHAT TO EXPECT FROM U.S. MIDTERMS

“Whether or not the deal is ratified or how quickly it’s ratified, whether it has to be tweaked, will all be a negotiation between the 116th Congress – which could well be a different stripe than the president – and the Trump White House,” Maryscott Greenwood,  CEO of the Canadian American Business Council, told BNN Bloomberg in a recent television interview.

“So it’s how high of a priorty will it be for President Trump, what is he willing to trade, and what are Democrats willing to ask for in order to give the president a victory on this particular trade deal.”

Hurl noted many of the criticisms of global trade come from within the Democratic Party, but also said he thinks the USMCA deal is “relatively safe” regardless of Tuesday’s outcome.

“The difficult thing for Canadians to know is what kind of Democratic Party are you getting after this election,” he said. “Because it’s unlikely that the Democrats will re-take the Senate, we’re not going to find out where the emerging Democratic Party is going to stand.”

The U.S. midterm elections are just a couple weeks away and concerns remain around the potential impact of the outcome, particularly as it relates to the USMCA. Maryscott Greenwood, CEO of the Canadian American Business Council, joins BNN Bloomberg to weigh in.

Michael Kergin, a former Canadian ambassador to the U.S., echoed Hurl’s sentiment and said he’s not watching any races in particular.

“Rather the question is: if there is a real blue wave in the House, will there be enough pro-free trade Democrats to join the Republican minority to overcome the traditional anti-trade Democrats and others who simply do not wish to give Trump a victory,” Kergin, now a senior advisor at Bennett Jones LLP, told BNN Bloomberg in an email.

Hurl said some of the key races he’s watching are in Midwestern states and Texas, where he said the strength of Ted Cruz’s Democratic opponent Beto O’Rourke suggests there’s a demographic transformation happening in the historically red region.

“I would say that the vote in Texas is sort of the race that will tell us the most about what the future of American politics will look like,” Hurl said.

“If you do see a turn against Democrats in Midwestern states such as Indiana and Missouri, I think it is fair to say that the Republicans who are winning in those places are probably going to be more critical of trade, whereas the Democrats in those states are going to be a more centrist wing of the Democratic party,” Hurl explained.

Hurl pointed out the divisions that often occur in both parties, which can muddy the significance between a narrow Democratic majority and a narrow Republican majority. He said Mitt Romney, who is running as the Republican Senate candidate in Utah, is an example of a member of Trump’s party who could challenge some of the president’s populist policies.

“We always think of the United States as a two-party system, but it’s really just two party labels,” Hurl said.

In the week leading up to Tuesday’s elections, Trump said he was optimistic about the outcome for the Republican Party, while at the same time using fear tactics to try to gain more support for his party. Trump warned Americans would “lose all of their money” if the GOP was defeated because the stock market could take a hit.

But as Hurl points out, looking back on polls leading up to the 2016 presidential election, there’s still a lot of uncertainty around Tuesday’s results.

“We don’t know what the outcome will be.” 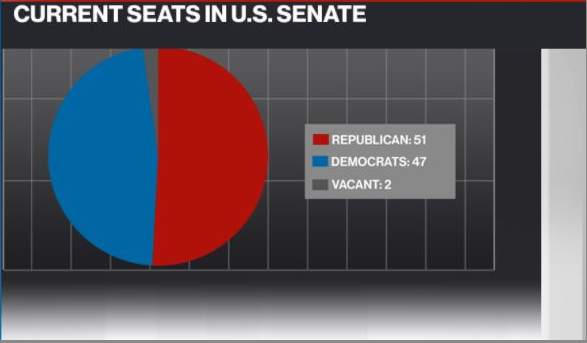 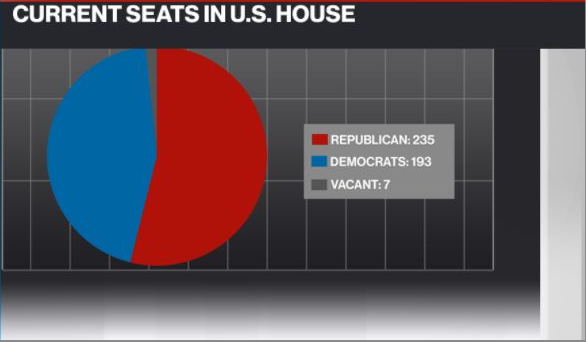