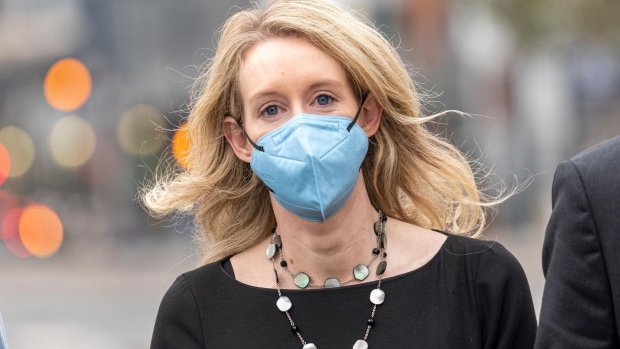 It took a jury seven full days to conclude that Theranos Inc. founder Elizabeth Holmes was guilty of four counts of fraud after a three-month trial. The startup world had been watching in suspense, but it was largely for the spectacle of it all -- not because anyone thought the verdict would significantly change behavior in venture capital fundraising.

Holmes was convicted of defrauding investors in the blood-testing startup of hundreds of millions of dollars, which should spur investors to scrutinize their portfolio companies more carefully, especially in the specialized world of healthcare. And the guilty verdict suggests founders should beware of their optimism slipping into dishonest exaggeration. But in a red-hot startup investing market, no one’s willing to slow down.

“I don’t think a verdict is going to change the way founders and VCs work in the ecosystem,” said Angela Lee, who teaches venture capital at Columbia Business School and runs 37 Angels, an investment network that focuses on early-stage digital health companies. “It's about supply and demand, and there's a tremendous capital supply with the same number of awesome companies.”

When investors are competing to get into a round, one way they can edge out a rival is through speed. “I can't tell you how many times I hear, ‘So-and-so is in this deal, they're a name-brand VC, you have five days -- are you in or are you out?’” she said. “People don't want to miss out. I am not seeing more thoughtful diligence. If anything, I’m actually seeing a sped-up timeline for diligence in the last couple of years.”

Last year, amid a steady stream of Theranos headlines, venture funding gushed. Through Nov. 30, investors doled out US$305 billion to startups, almost double the amount of all of the previous year. Investors have been particularly eager to bet on the still-volatile areas of cryptocurrency and blockchain tech—with funding soaring to US$21.3 billion through November 2021, from US$3.1 billion in 2020—a sixfold increase.

Far from calling for changes to Silicon Valley culture in the wake of the Holmes’s trial, many investors have said their industry can’t be blamed for the scandal. Some have pointed out that Theranos’s backing came mostly from outside the traditional world of tech venture capital. Benedict Evans, a former partner at Andreessen Horowitz, tweeted in August that “an important part of the story” is that the company didn’t follow the Silicon Valley model. Instead, he wrote, “Theranos sold ‘Silicon Valley disruption’ to people from outside Silicon Valley and outside venture, who wanted some of those returns.” Investor Jason Calacanis tweeted last month of Holmes: “Everyone thought she was a kooky grifter.”

Yet, Theranos was closely associated with Silicon Valley excess. That’s partly because of its location (Silicon Valley), Holmes’s idolization of Apple Inc. co-founder Steve Jobs and her embrace of the fake-it-‘til-you-make-it ethos sometimes lauded in tech circles. Holmes was profiled by Laura Arrillaga-Andreessen, a philanthropist and the wife of investor Marc Andreessen, around the same time that many news outlets were trumpeting her success (though Andreessen Horowitz was not an investor). And when public perception turned on the company, Theranos investor Tim Draper, a Silicon Valley VC, was one of Holmes’s staunchest defenders. On TV in 2018, Draper said Holmes was doing a “great job” and that an over-critical press had “taken down another great icon.”

Lee said the trial doesn’t seem to be prompting investors to re-examine their diligence practices. “I've heard zero people say, ‘Oh, this should make me look differently,’ -- zero,” she said. “It's treated like salacious gossip or an entertaining story.”

Founders can also find it confusing to draw lessons from Holmes’s case, Lee said. Holmes was excoriated for inflating her company’s partnerships. She admitted during the trial that she had added logos from two pharmaceutical giants onto reports shared with prospective investors that conveyed support by the drug companies for Theranos even though she wasn’t authorized to do so.

Lee said founders face pressure to make similar fabrications all the time, like putting a client’s logo on a pitch deck and suggesting a deal is in the works -- or “soft-circled” -- when it’s not yet at that stage.

“People will say all the time that something is ‘soft-circled’ when you just had a nice conversation with them,” Lee said. “Is that misrepresentation? I would argue 15 per cent of founders are doing that every single day. … It is not easy to tell when you’re right up against this line.”

Meanwhile, startup founders who happen to be women working in health tech still are coping with comparisons to Holmes, both implicit and explicit, and the verdict is unlikely to change that. Andy Coravos, the CEO and co-founder of health-tech startup HumanFirst, said she’s all for strict due diligence from investors, especially when it involves patient care, but wants to see it directed at all founders, not just women. “Companies should be held to a high bar and that bar should be universally applied,” she said.

If people see a female founder and think of Holmes, that’s a reflection of how few women found startups, said Deena Shakir, a partner at Lux Capital, which invests in health and science startups. Holmes shouldn’t be seen as a representative for any particular type of founder, she said: “Are we going to now say that all Stanford founders or all Stanford dropouts exhibit this behavior?”