Brent crude has risen about 40 per cent this year and is at the highest in six months. While higher prices due to strong demand typically reflects a robust world economy, a shock from constrained supply is a negative.

Much will depend on how sustained the spike proves to be. Exporting nations will enjoy a boost to corporate and government revenues, while consuming nations will bear the cost at the pump, potentially fanning inflation and hurting demand. Ultimately, there comes a point where higher prices may be damaging to everyone.

1. What does it mean for global growth?

The impact will vary. Rising oil prices will hurt household income and spending and it could accelerate inflation. As the world’s biggest importer of oil, China is vulnerable, and many countries in Europe also rely on imported energy. Seasonal effects will also impact. With the Northern Hemisphere summer approaching, consumers can switch energy sources and scale back usage. A slowing world economy will also hurt demand and by extension keep a lid on prices.

For a sustained hit to growth, economists say oil would need to hold above US$100. It also depends on dollar strength or weakness, given crude is priced in greenbacks. Analysis by Oxford Economics found that Brent at US$100 per barrel by the end of 2019 means the level of global gross domestic product would be 0.6 per cent lower than currently projected by end-2020, with inflation on average 0.7 percentage points higher.

“We see increased risks of significantly higher oil prices,” Oxford economists John Payne and Gabriel Sterne wrote in a note. “In the short-run, it is likely the supply impact will be offset by higher production elsewhere, but the market is tightening and all it would take is one more shock to supply and oil could reach US$100.” 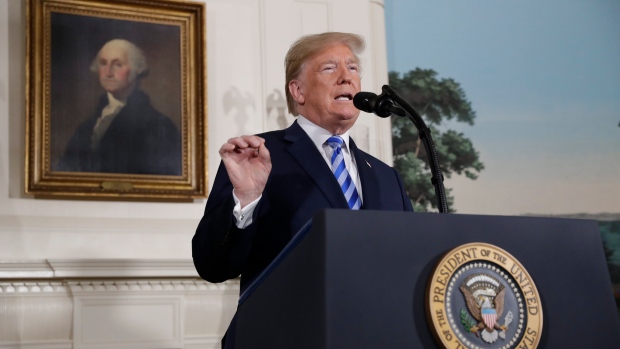 3. How will Iran and Trump impact the market?

An upending of global oil trade around the Iran-Trump spat could continue to have a sizable impact on financial markets, as the affected supply is as much as 800,000 barrels a day. Uncertainties around availability have already whipsawed oil markets. And the political sensitivities of these developments have other markets bracing for volatility.

Trump has pledged to help, alongside Saudi Arabia and the U.A.E., those needing to shift orders from Iran to another supplier. But U.S. claims that its domestic supply can help offset the loss are a high bar to meet, given that the daily American output for similar crude is about a quarter of Iran’s.

4. Who wins from higher oil prices?

Emerging economies dominate the list of oil-producing nations which is why they’re affected more than developed ones. The increase in revenues will help to repair budgets and current account deficits, allowing governments to increase spending that will spur investment. Winners include Saudi Arabia, Russia, Norway, Nigeria and Ecuador according to analysis by Nomura.

Those emerging economies nursing current account and fiscal deficits run the risk of large capital outflows and weaker currencies, which in turn would spark inflation. That in turn will force governments and central banks to weigh up their options: hike interest rates even as growth slows or ride it out and risk capital flight. Nomura’s losers list includes Turkey, Ukraine and India. 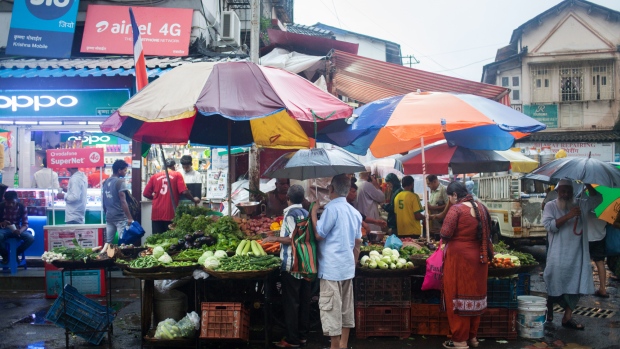 6. What does it mean for the world’s biggest economy?

While U.S. oil producers try to take advantage of any sales boost from customers moving away from Iran, the broader U.S. economy won’t necessarily see benefits with oil price tags as high as US$100 a barrel.

It would be a squeeze on American consumers that are the backbone of still-steady economic growth. Prices at the gas pump already have risen 6.3 per cent this month to US$2.87 a gallon, which could weigh on retail sales that jumped in March by the most since 2017.

And if things go awry in global oil markets, there’s risk that political blame shifts back to the U.S. for the sanctions, which could mean backlash via investment or other channels that threatens economic stability.

7. Will it lead to higher inflation around the world?

Because energy features prominently in consumer price gauges, policy makers look to core indexes that remove volatile components. If the run-up in prices proves to be substantial, and sustained, those costs will filter through to transportation and utilities.

8. What does it mean for central banks?

Led by the Federal Reserve, central banks around the world have taken a dovish tilt as the absence of inflation allows policy makers to shift their focus to slowing growth. That’s unlikely to quickly change. The International Monetary Fund this month lowered its global growth forecast and said the world is in a “delicate moment.”