Apple Inc. looks like an attractive investment no matter which aspect of the business you examine, according to analysts who are growing steadily more optimistic about the stock’s prospects.

At least a dozen Wall Street firms have raised their Apple price targets this month alone, lifting the average to nearly US$343, up from US$305 at the end of April. UBS, Deutsche Bank, Bernstein, Citi, BofA and Morgan Stanley are all among the firms turning more positive, although the higher average still implies downside of more than 7 per cent from current levels.

Shares of Apple rose 3.3 per cent on Tuesday, hitting an intraday record and extending a recent advance above 60 per cent. The gains have lifted Apple’s market capitalization above US$1.5 trillion.

While the direction has been the same, the reasons for the higher targets have varied. Wells Fargo Securities cited the product updates announced at a recent conference. Evercore ISI pointed to the potential of the company’s wearable products. 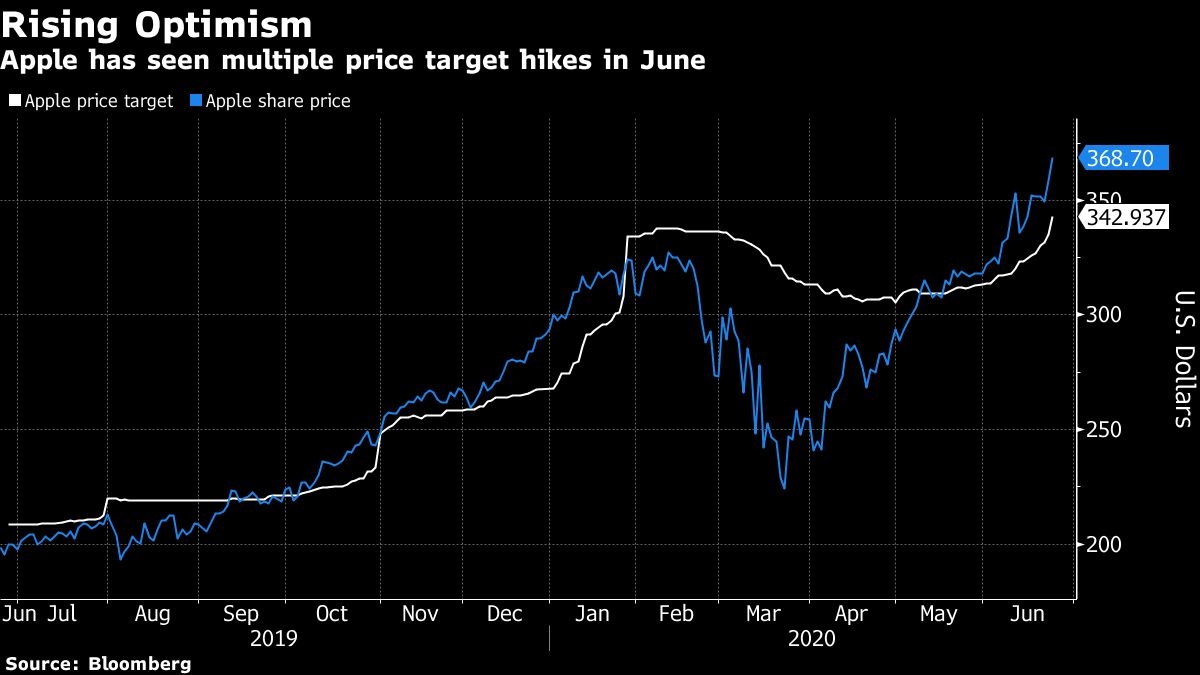 However, the biggest driver of optimism is the growing excitement over the launch of a 5G iPhone, expected later this year.

While the pandemic may have delayed the launch relative to past iPhone cycles, the highly anticipated 5G version should be “available in plenty of time for the Christmas holiday season,” wrote Jim Suva, an analyst at Citi who raised his target last week.

The firm expects 91 million unit sales in the first two quarters of availability.