The global economic expansion is on a firm footing for now, but it remains at risk of trade tensions and the long-term future is jeopardized by environmental challenges.

That was the upshot of a week spent talking to policy-makers, investors and corporate executives at the World Economic Forum’s annual meeting in Davos, Switzerland.

Here are the takeaways as the global elite leave the Alps:

It might as well have been called the World Climate Forum given how much the conversation revolved around rising temperatures, lowering emissions and the use of plastic.

“The themes in Davos have overwhelmingly been sustainability to the point that it probably crowded out some other important discussions,” Bill Winters, chief executive of Standard Chartered, told Bloomberg Television.

Can the talk turn to action? Thunberg was skeptical, calling a “climate strike” for Friday and lamenting that her “demands have been completely ignored.”

Under pressure to avoid funding dirty energy, bankers are sketching out sustainability policies. But Citigroup CEO Michael Corbat said banks didn’t “want to be the sharp end of the spear” and that clients should do more.

"The price paid for a plastic bag or a plastic bottle does not reflect the true cost to society."@AlGore explains why he thinks the "economic system" is broken #WEF20 #Davos pic.twitter.com/L7bdwMcEm5

The lack of international standards on what makes businesses environmentally responsible also remains a concern and governments are split over the appeal of a carbon tax.

A new risk: the spreading coronavirus. Axa CEO Thomas Buberl said there will be more such viruses popping up, in part because “it’s getting warmer everywhere.”

Four years since many delegates openly doubted he could win the presidency, the Davos crowd has fallen for Trump.

The consensus was that he’ll secure re-election in November and thus preserve the low tax, light regulatory policy mix they like.

“It was clear the business community was pretty supportive of his policies,” said billionaire David Rubenstein.

With an impeachment trial hanging over him at home, Trump essentially delivered a campaign speech by highlighting his handling of the world’s largest economy. “We’ve regained our stride, we’ve rediscovered our spirit,” he said.

“Trump doesn’t drive people crazy at Davos,” said Eurasia Group President Ian Bremmer. “They think he’s going to win a second term and there was zero panic about the prospect that might happen.”

He signaled he’s changing focus from Beijing to deal with the “frankly more difficult” European Union, and is willing to use the tariff playbook again.

“The threat of tariffs has led to people being willing to renegotiate trade deals,” Treasury Secretary Steven Mnuchin said.

The U.S. is considering duties on European auto imports and threatening retaliation for any levies on digital services revenues. Trump also still wants a “very dramatic” overhaul of the World Trade Organization.Still, French Finance Minister Bruno Le Maire said the U.S. and Europe are making progress toward a global pact on the taxation of digital services.U.K. Chancellor of the Exchequer Sajid Javid risked a clash with Trump after suggesting the U.S. will need to wait in line for a post-Brexit trade deal until Britain finishes negotiating one with the European Union. “I thought we’d go first,” said Mnuchin.

Delegates also bet the U.S. and China would soon be at odds again.

The sabre-rattling over trade aside, most seemed confident that the global economy is on a good track after last year’s recession scare. The International Monetary Fund predicted it would grow 3.3 per cent this year after 2.9 per cent in 2019. 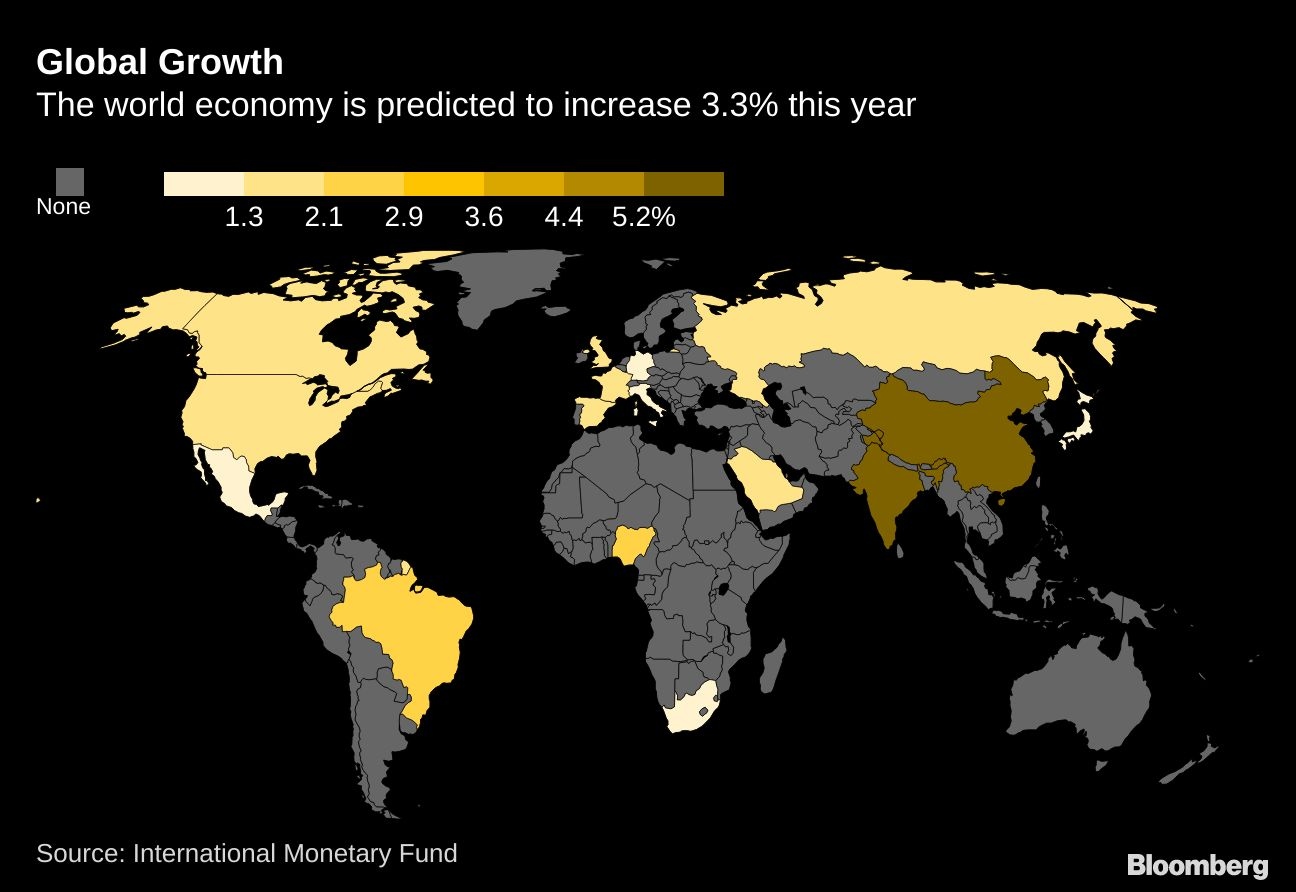 The “overwhelming likely scenario is the economy chugs along this year,” Goldman Sachs CEO David Solomon said in an interview.While that was the consensus view, there were some extreme positions on the outlook for markets.

The central bankers present argued that they still had room to ease monetary policy further if needed, but not much, so governments should do more to support demand.

U.S. banks are stealing a march on their European counterparts.Summing up the scene, Credit Suisse Group CEO Tidjane Thiam said that he is only “moderately optimistic” about the region’s economic outlook. 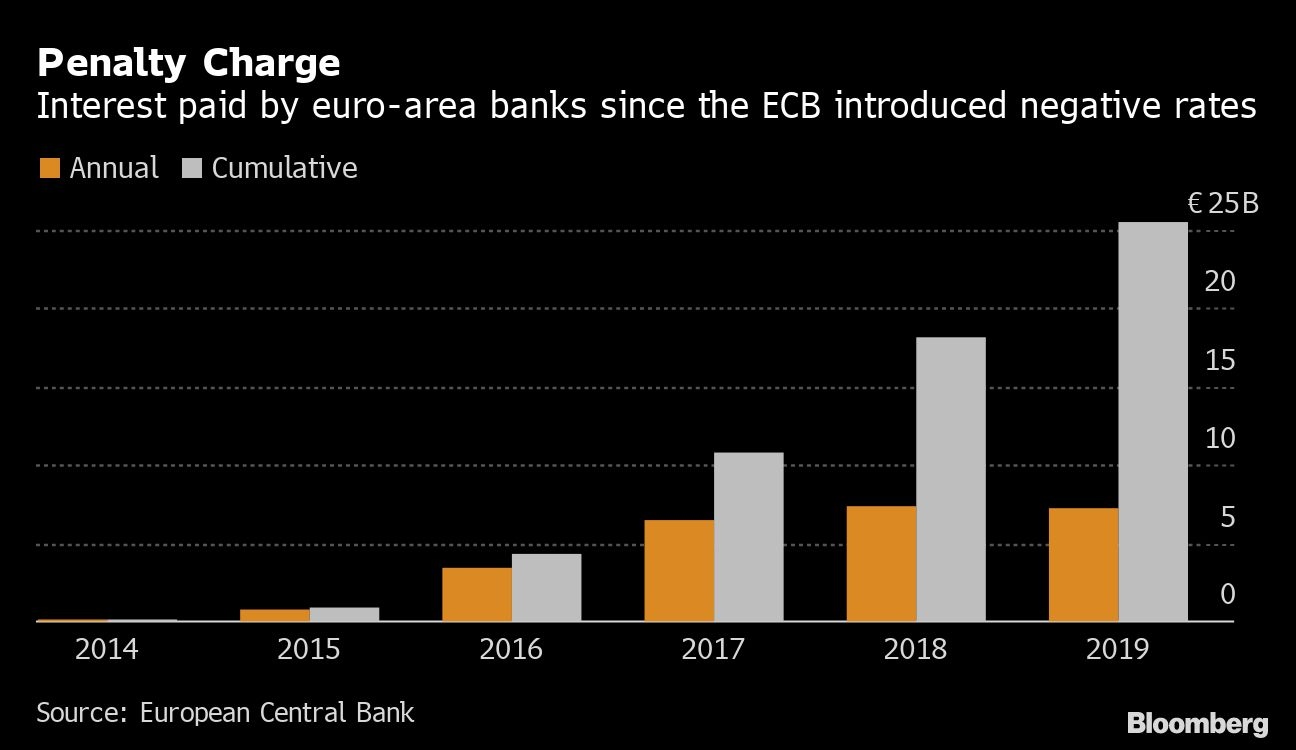 Executives from UBS, Deutsche Bank and ABM Amro lined up to bemoan negative interest rates. Sub-zero rates are “not a good place to be,” lamented Kees van Dijkhuizen of ABN.By contrast, Bank of America’s Brian Moynihan wants to increase market share among American consumers. Citigroup’s Michael Corbat was bullish on the outlook for credit cards and indicated he doesn’t feel pressed to cut staff in his U.S. branch network.

Apple CEO Tim Cook returned to Davos for a second year with technology also playing a bigger role than usual.

The industry’s most influential leaders, including Alphabet CEO Sundar Pichai, said they were less of a threat to society than the rise of artificial intelligence.

A rift over the future of digital payments was also on display, while the news that the phone of Amazon.com’s Jeff Bezos had been hacked unnerved many.