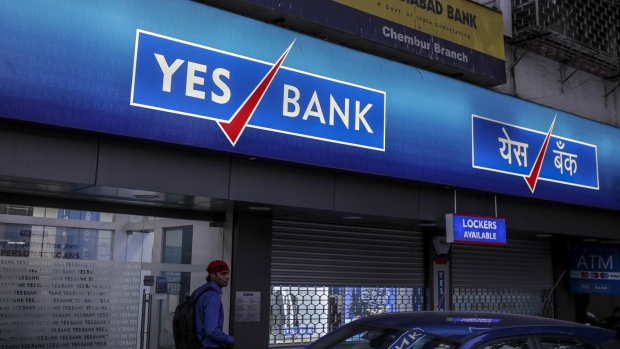 (Bloomberg) -- Indian companies struggling to tackle false information and speculation doing the rounds on WhatsApp and other social media sites are finally seeking help from the authorities.

Yes Bank Ltd. this month registered a police complaint against what it said was “fake news” about its financial health “to create panic and fear in the mind of its depositors.” Piramal Enterprises Ltd. on Thursday filed a complaint with the capital markets regulator to quell “misleading rumors about the company on blogs, social media platforms and WhatsApp.”

The central bank and a top bureaucrat have also had to come out in defense of India’s banking sector in recent weeks as they try to soothe jittery savers and investors after a spate of scandals in the financial system. Together, these actions may influence the government’s thinking as they frame new rules to govern social media.

“Malicious social media campaigns at a time when liquidity is tight for many firms is forcing them to seek help from authorities,” said A. K. Prabhakar, head of research at Mumbai-based IDBI Capital Markets & Securities Ltd. “In bad times, fake information on social media can do real damage to companies.”

No less than Life Insurance Corporation of India, with more than 31 trillion rupees ($440 billion) in assets, issued a statement on Oct. 9 urging its customers to ignore “misleading news” and assuring them that the nation’s biggest insurer is in “sound” financial health.

This is the second round of trouble for WhatsApp. The messaging service owned by Facebook Inc. was ordered by India’s government last year to stop the spread of allegedly provocative messages after rumors about child-lifting gangs led to the lynching of at least two dozen innocent men.

WhatsApp has taken a number of steps to address misinformation, including adding labels to forwarded messages, the company said in an emailed statement. It added that it will continue to look for ways to help address this challenge by partnering with civil society.

India isn’t the only country trying to combat false information. A controversial “fake news” law took effect in Singapore this month. While lawmakers say it would allow the government to order a correction to be carried alongside a false or misleading claim, and material not in the public interest to be taken down, critics worry the rules will be used to clamp down on free speech.

To contact the reporter on this story: Rahul Satija in Mumbai at rsatija1@bloomberg.net

To contact the editors responsible for this story: Andrew Monahan at amonahan@bloomberg.net, Jeanette Rodrigues, Anto Antony