This week will go down in wheat-trading history.

Chicago futures for the grain have soared more than 40 per cent -- the most ever -- as Russia’s war in Ukraine upends global grain supplies. That puts prices at a 14-year high, and milling wheat in Paris reached an unprecedented 400 euros (US$438 per ton).

The war is stalling shipments from one of the world’s most vital breadbaskets. Ukraine and Russia together account for a quarter of global trade of the staple, used in everything from bread to couscous and noodles. The conflict has closed major ports in Ukraine, and severed logistics and transport links. Trade with Russia has also been stifled by the complexity of navigating sanctions and soaring insurance and freight costs. 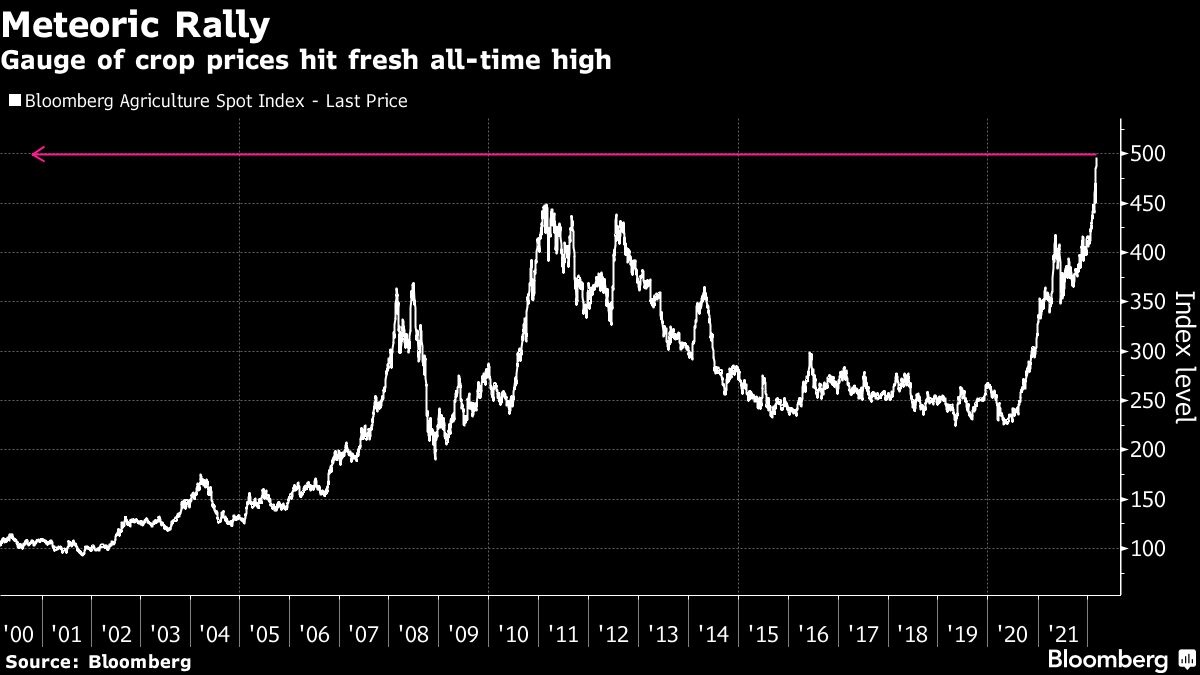 “When you have two of the biggest wheat exporters fighting, you have a disruption because we don’t know how much they will export,” said said Jack Scoville, vice president of Price Futures Group Inc. in Chicago. “Prices are going to be higher until the situation is resolved.”

Wheat futures jumped by the exchange limit in Chicago on Friday for a fifth straight day, rising 6.6 per cent to US$12.09 a bushel. Some forecasts point to prices moving even higher, and volatility in the options market has run wild.

Hard red winter wheat futures touched the highest since 2008 on Friday. Prices were on course for a gain of more than 30 per cent this week, the biggest jump in records going back to 1970.

The gains are accelerating global food inflation and raising concerns for countries reliant on foreign supply. That includes Egypt, which already had been struggling to maintain bread subsidies used by about 70 million people in the face of a pandemic.

In another sign of the rising pressures, McDonald’s Holdings Co. Japan announced higher prices for burgers and chicken nuggets because of surging costs for ingredients, labor and transport.

The fighting in Ukraine also threatens planting of crops in the coming months. Farmers would usually be gearing up for sowing everything from corn to sunflowers and barley. The military invasion and hurdles securing inputs now pose a huge challenge.

Corn futures also rose by the exchange limit. The grain is up more than 13 per cent this week, and soybeans were also poised for a weekly gain. China is said to have booked multiple cargoes of U.S. corn and soybeans, Bloomberg reported.