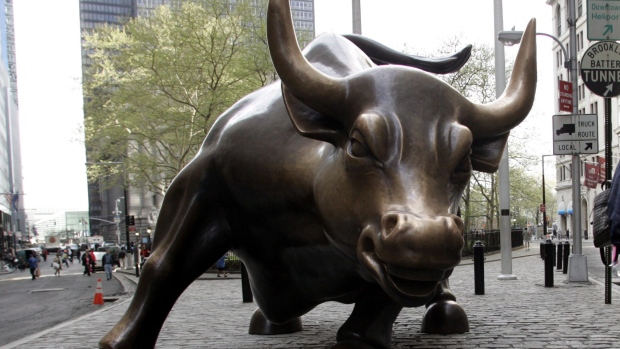 There are a lot of angry bulls in Canada. Not because of the commodity rout, but because previous high-flying market darlings have been targeted by short sellers. The list includes names like Valeant Pharmaceuticals International, Concordia International and Home Capital Group, to name a few.

In each of those instances, short sellers have been vocal about the companies' problems -- and some have appeared on BNN. It may surprise you to learn that when these short sellers appear on our network, there is a swift and vitriolic deluge of criticism directed at BNN for enabling “short and distort” tactics.

“BNN [is the] TMZ of Canadian media,” wrote one portfolio manager who was upset with our coverage of the biotech implosion.

“You guys are giving the short-sellers too much air time,” said an analyst when I called to fact-check claims by a short seller.

Nevermind that the number of bulls on this station regarding Valeant, Concordia and Home Capital far outweigh the number of bears. Since 2012, short seller Andrew Left has been on BNN three times. One of those times was to talk about a long – BlackBerry. Short seller Marc Cohodes has also appeared on BNN a grand total of three times.

Meanwhile, on BNN’s Market Call, Concordia was touted as a “buy” or “Top Pick” 13 times in 2015. Home Capital has been ranked a “buy” eight times this year alone.

Aside from the overwhelming evidence that BNN has given more air time to the longs versus the shorts, a more troubling trend has developed: when the bulls are wrong, they disappear. Some portfolio managers refuse to come on to the station to defend their position or atone for their mistake. Analysts drop coverage or hide behind “media policy” to avoid appearing about certain names.

BNN is making calls every week to bring the longs out, but our calls are going unanswered. The irony is that the same people admonishing our station’s editorial decision to feature a bear are the same people who refuse to come on.

The temptation to blame the media for promoting short-selling behaviour overlooks our function – to be critical. Short sellers, like long-only investors, are not given a free pass on this station. Their assumptions are challenged. It is only through the media that critical analysis is possible. At the end of the day, a viewer can decide whether to believe what is being said.

Short sellers play a critical role in the function of the market; indeed there must be two sides in order for there to be a market. At the end of the day, a strong company (and higher stock price) will emerge if the short sellers’ allegations are proven to be baseless.

Fairfax Financial was once compared to Enron by Citron’s Andrew Left in 2006 and has quadrupled since then. Callidus Capital is up 60 per cent so far this year after being targeted by West Face’s Greg Boland. Even the mighty Bill Ackman has been bested by Herbalife despite his nearly four-year crusade.

This shows that short sellers are not always right, but that doesn’t mean they are always wrong. The real truth is that the shorts probably get it wrong as often as longs.