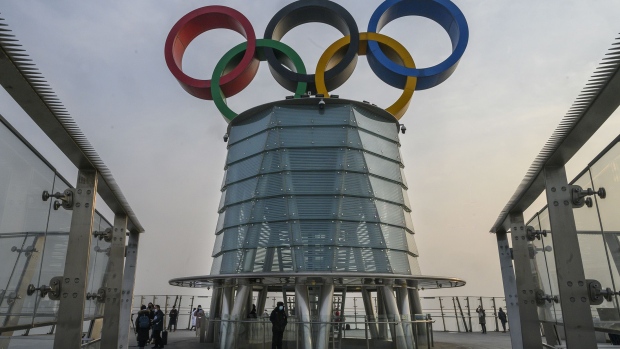 (Bloomberg) -- The U.S. is not discussing “any joint boycott” of 2022 Winter Olympics in Beijing with its allies, White House spokeswoman Jen Psaki told reporters.

Psaki’s comments came after State Department spokesman Ned Price on Tuesday said the Beijing Olympics “is an area that we certainly wish to discuss” with allies and that such talks “are underway.”

The Chinese foreign ministry hit back quickly. Spokesman Zhao Lijian told reporters in Beijing on Wednesday that a boycott would harm the interests of athletes and “runs counter to the spirit of the Olympic charter.”

“The U.S. Olympic Committee and the rest of the international community will not accept that,” Zhao said. “We have confidence that we will work with all parties to ensure a successful and extraordinary Olympic grand event.”

Despite insistence from International Olympic Committee officials that sports and politics are separate, the Olympics have frequently been enmeshed in complicated developments in world affairs and controversies for decades, from the 1936 games in Nazi Germany to the 2008 games in Beijing.

It’s not clear how much international support there would be for a boycott. Previous boycotts during the Cold War had little lasting impact on political issues of the day and the International Olympic Committee has been largely focused on getting this year’s delayed Summer Olympics in Japan on track.