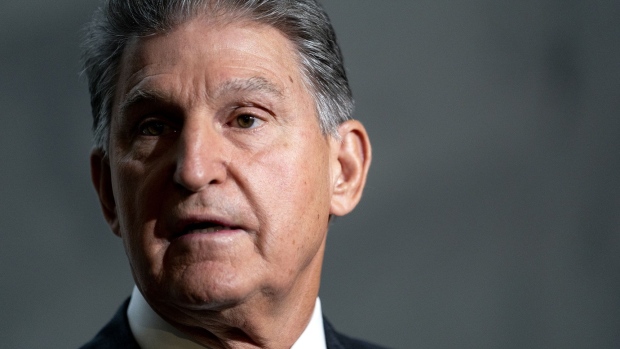 (Bloomberg) -- The White House is looking at alternatives to a clean power plan backed by President Joe Biden, after a key Democrat informed the administration he wouldn’t support the provision.

One hundred percent “clean power by 2035 is a goal he committed to over a year ago, and he remains committed to it,” White House Press Secretary Jen Psaki said Monday. “The good news is there are a range of good ideas and proposals out there from members of Congress about how these legislation can help meet that goal.”

The program, which would pay utilities for using clean energy and penalize those that don’t, is on life support after Senator Joe Manchin, a West Virginia Democrat who holds a swing vote in the evenly divided Senate, told the White House he wouldn’t support the program.

The Clean Electricity Performance Program has been a major priority for the White House and President Joe Biden’s goal of de-carbonizing the nation’s electric grid by 2035.

“It’s absolutely pivotal that these pieces of legislation have climate components and they will, to address the climate crisis,” Psaki said. “But he has also not waited for that, he’s also taken actions of his own accord.”