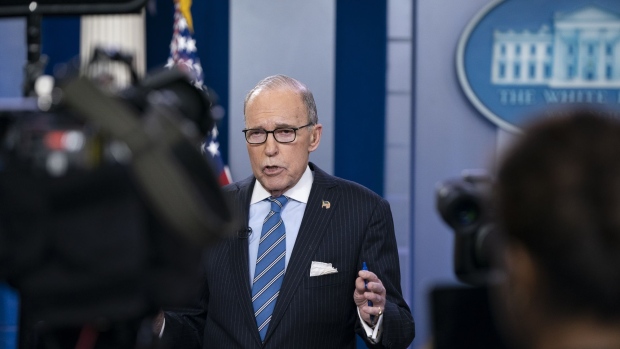 “We’re working carefully, closely with Nokia and Ericsson,” National Economic Council Director Larry Kudlow told reporters. “We’re going to be holding some kind of a conference in about a month. I’m sure the president would join us in part, that would include Samsung, that will include all of our guys.”

The U.S. has engaged in a campaign to persuade other countries not to use Huawei equipment in emerging 5G networks. But the effort has faltered due to a lack of competing technology. Attorney General William Barr suggested recently the U.S. government or U.S. companies should consider investing in Huawei competitors Nokia Oyj of Finland and Ericsson AB of Sweden to try to prevent the Chinese company’s technology from being widely adopted.

Kudlow called the U.K. government’s attitude toward Huawei in particular “sub-optimal.” Trump has spoken repeatedly this month with British Prime Minister Boris Johnson, berating the U.K. leader in at least one phone call for refusing to ban Huawei gear.

“They have made some concessions about putting the lid on Huawei, but I’m an optimist, I believe we can work through it, they are our great allies,” Kudlow said.