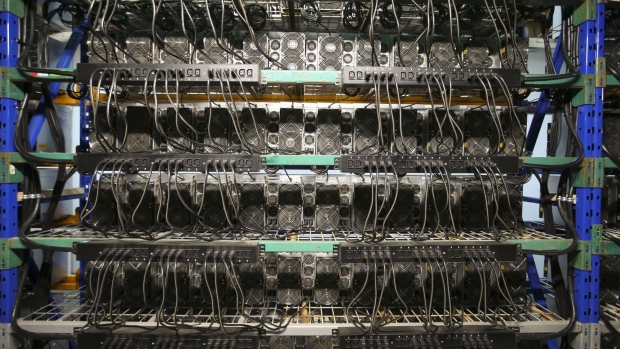 The Biden administration is weighing an executive order on cryptocurrencies as part of an effort to set up a government-wide approach to the white-hot asset class, according to people familiar with the matter.

The proposed directive would charge federal agencies to study and offer recommendations on relevant areas of crypto - touching on financial regulation, economic innovation and national security, said the people, who asked not to be named discussing plans that are still under consideration.

The initiative will also aim to coordinate agencies’ work on digital currencies throughout the executive branch, the people said. The plan would push departments that have given scant attention to crypto to focus on it. Officials have also considered appointing a White House crypto czar to act as a point person on the issue, one person said.

The White House declined to comment on the crypto initiative.

The draft directive is part of an effort by the White House to craft a sweeping strategy for digital tokens, which have become a growing concern for regulators as they’ve become wildly popular with average Americans.

No decision has been made on whether to release the executive order, two of the people said. Even if President Joe Biden doesn’t move forward on it, the administration will still make public its overall strategy for cryptocurrencies, an administration official said.

Financial regulators appointed by Biden are taking an increasingly hawkish tone about the burgeoning crypto market as they seek to step up oversight of the asset class. Regulators have expressed concerns about the lack of investor protections and possible risks to financial stability as the market has ballooned to more than US$2 trillion.

National security agencies across the administration are also grappling with high-profile cases of digital currencies playing a role in ransomware attacks like the Colonial Pipeline episode earlier this year.

The scrutiny has fueled behind-the-scenes jostling between agencies over who has jurisdiction over fast-growing corners of the market from stablecoins to crypto lending products. It’s also led to lobbying by powerful players in the nascent industry arguing that increased regulation risks killing innovation and jobs.

The draft, which has been circulating among senior officials and regulators, would clarify the responsibilities of various agencies and task them with examining relevant topics and reporting back on their findings, said the people.

The framework would touch a range of bureaucracies, from the Treasury Department and financial regulators to the Commerce Department, the National Science Foundation and national security agencies.

Whether it’s ultimately done by executive order or another means, the goal of the White House is to take a unified approach to crypto, rather than the more ad hoc approach to financial stability, national security and illicit finance issues during Biden’s first nine months in office, an administration official said.

Washington policy makers have struggled for years to come up with a comprehensive approach to oversee digital assets. For example, the Securities and Exchange Commission asserts that many tokens are actually investment contracts that fall under its purview. At the same time, the Commodity Futures Trading Commission keeps tabs on crypto derivatives, while agencies from the Internal Revenue Service to the Treasury Department’s Office of Foreign Assets Control also claim some jurisdiction.

Much attention has focused on the tough stance by SEC Chair Gary Gensler, who once taught classes on digital assets at the Massachusetts Institute of Technology. But regulators elsewhere in the administration are also claiming new turf.

For example, a group of U.S. regulators led by Treasury Secretary Janet Yellen is likely to recommend that banking regulators take a lead role in overseeing issuers of stablecoins, a critical part of the crypto market.

The administration’s effort is being coordinated by the White House, led by the National Economic Council and the National Security Council.

One challenge the White House has had in crafting its plans is that it lacks a senior staffer with deep expertise in crypto who can focus on the issue, one person familiar with the policy work said.

Deputy National Security Advisor Daleep Singh, a veteran of the Treasury Department and the Federal Reserve Bank of New York, is directly involved in the work, a White House official said. There is also a Treasury official who led cryptocurrency policy efforts at the department and is focused on these issues, the official said.

Tim Wu, a special assistant to the president for technology and competition policy has knowledge in the area, but is recused from working on crypto because of his personal holdings, which included between US$1 million and US$5 million in Bitcoin and as much as US$250,000 in Filecoin as of when he filed his financial disclosures earlier this year.

Even as the broad crypto strategy remains under development, the Biden administration’s public-facing work on digital assets, which started slow, has been ramping up. The Justice Department on Wednesday launched a National Cryptocurrency Enforcement Team to investigate and prosecute the misuse of cryptocurrency.