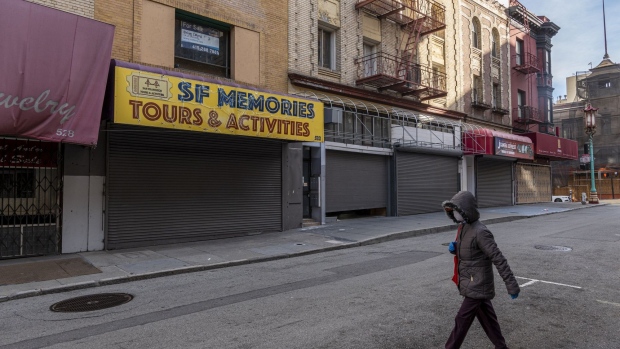 (Bloomberg) -- The Biden administration will give exclusive access to the Paycheck Protection Program to the nation’s smallest businesses for two weeks as part of a broader effort to steer federal aid to the most vulnerable parts of the economy.

From Feb. 24 through March 9, only businesses with fewer than 20 employees will be able to apply for relief through the program, a senior administration official said.

The window is aimed at helping smaller companies, which often struggle more than larger businesses to secure funding from lenders, the official said. The program is set to expire on March 31.

The measure is part of a series of moves the administration is announcing Monday aimed at improving access to the federal program for hard-hit businesses and other groups.

The White House said it will also recalculate a funding formula to make more money available to sole proprietors, independent contractors and the self-employed, who’d struggled to access the program, as well as remove restrictions that had prevented non-U.S. citizens and convicted felons from accessing the aid.

The PPP, created as part of the $2.2 trillion coronavirus relief package enacted in March, has faced criticism -- especially for excluding minority-owned and the smallest firms. The Small Business Administration had approved 5.2 million loans worth $525 billion when the program closed in August.

In December, Congress approved another $284 billion for the program when it reopened Jan. 11 and made changes aimed at making it more accessible to minorities.

First-time applicants to the program can get their loans forgiven if they have fewer than 500 employees and use the money for approved costs, like payroll and rent. Companies can apply for a second forgivable loan if they have 300 or fewer employees and can show a 25% drop in revenue.

The SBA approved almost 1.7 million loans worth $125.8 billion through Feb. 15, according to an agency report. The pace picked up after a slow start following the program’s reopening.

The average loan size was $75,133, with first-draw loans being much smaller on average, the data showed. First-time business applicants received an average loan of $21,675, while second-time recipients got an average of $97,974.

This round of PPP lending got off to a slow start as lenders and applicants had just days to update their systems and paperwork between when the SBA released the updated forms and began accepting applications. Businesses applying through community lenders, such as a community development financial institution, had exclusive access to apply for PPP money for one week when the system opened in January. However, the gesture was largely seen as ineffective because few lenders and businesses were prepared to submit applications that quickly.

The changes to expand access to sole-proprietorships could open up funding to large swaths of companies that have previously been shut out from PPP money. Dozens of consumer groups, banks, community lenders, and others sent a letter earlier this month to lawmakers, SBA, and the Treasury Department asking for a change to the eligibility rules to include the self-employed.

It’s unclear how effective the SBA and lenders have been this time at making sure minority-owned businesses are receiving PPP funding. The application asks for business owners to provide demographic data, but it’s optional and more than 90% of applications so far don’t include it. Last week, the SBA moved the questions about race, ethnicity and gender to the beginning of the application in a bid to get more responses.