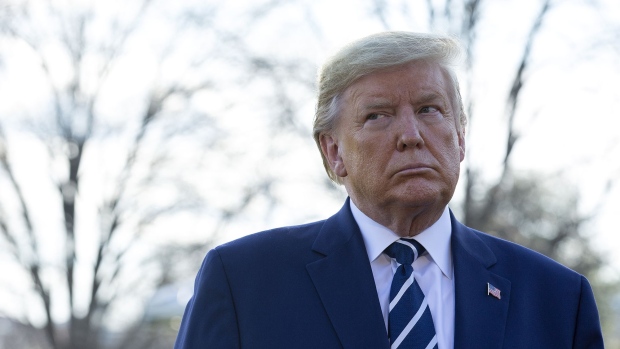 The White House won’t issue a formal economic forecast showing the extent of the U.S. downturn precipitated by the coronavirus pandemic, according to two people familiar with the matter.

The forecast is traditionally included in a part of the White House budget process called the “mid-session review,” which is usually issued in July or August. It follows the president’s budget proposal, released in February, and is intended to evaluate whether economic projections in that document are holding up.

The administration lacks the data it needs to meet the statutory deadline for the forecast, one person said. The unprecedented nature of the coronavirus outbreak makes a forecast impossible, according to another person. The people asked not to be identified because the White House hasn’t announced the decision.

More than 40 million Americans have filed for unemployment benefits since March after social distancing restrictions to curb the spread of coronavirus shut down the U.S. economy. Growth in the three months through June may contract as much as 25 per cent.

But President Donald Trump hasn’t hesitated to forecast a boom after the November elections.

The mid-session review in 2018 didn’t include updated economic forecasts because it was issued just a few months after Trump’s first budget request.