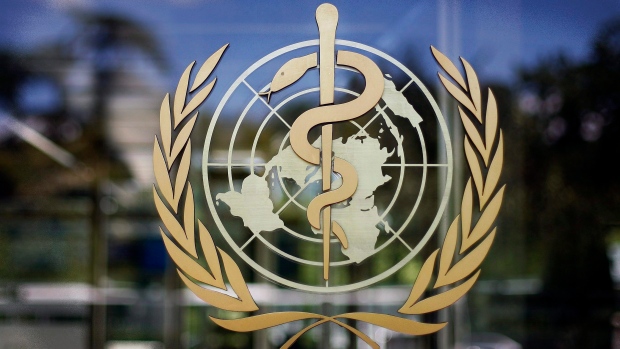 The logo of the World Health Organization is seen at the WHO headquarters in Geneva, Switzerland, Thursday, June 11, 2009. A Canadian child health advocate is among a team of global experts urging "a radical rethink" of how a warming planet, aggressive advertising and economic inequities pose an "immediate threat" to the health and well-being of young people worldwide. , The Associated Press

The World Health Organization is taking the drug-testing approach that helped stifle Ebola’s latest resurgence and using it against the new coronavirus.

At least 10 countries including France, Spain and Switzerland agreed to join a trial called Solidarity that the global agency is coordinating, simultaneously testing four therapies by pitting them against each other.

The strategy is designed to speed up a process that can take years as doctors scour laboratories for promising treatments against the new virus.

“It’s an unprecedented opportunity to come together as one against a common enemy,” WHO Director-General Tedros Adhanom Ghebreyesus said in a briefing Wednesday.

In the absence of drugs and vaccines, health officials are urging -- or in some cases compelling -- people to stay at home to avoid infecting others.

Finding treatments against a new disease can a painstaking process. Ebola drugs were particularly difficult to identify because the disease often struck quickly, going back undercover before clinicians had the opportunity to finish testing potential treatments.

New treatments are often evaluated in trials that pit them one-on-one against another drug or a placebo, which can slow the march toward finding the most effective intervention. For Ebola, the problem was finally addressed by the appearance of new antivirals and the use of a so-called master protocol that tests numerous therapies en masse.

“Multiple small trials with different methodologies may not give us the clear, strong evidence we need about which treatments help to save lives,” Tedros said.

In the Solidarity trials, researchers will test four therapies, some of which are already used in people, to treat Covid-19: Gilead Sciences Inc.’s experimental remdesivir, AbbVie Inc.’s Kaletra (used to treat HIV infection), Kaletra with an anti-inflammatory treatment called interferon-beta, and the malaria drug chloroquine.

China has included chloroquine in treatment recommendations for Covid-19. Ongoing studies showed that Kaletra, a combination of the drugs lopinavir and ritonavir, gave little benefit, according to early results published Wednesday in the New England Journal of Medicine. Additional medicines may be added and some of the original treatments may be cut out as the trial progresses.

All these therapies will be compared against each other as well as the standard of care, which may include measures such as patient support and the use of ventilators -- machines that help severely ill patients breathe.

In the Ebola trials, researchers compared the impact of several drugs including remdesivir. When a Regeneron Pharmaceuticals Inc. drug showed clear superiority against the deadly infection, the study was stopped early so the medicine could be given to more patients.

It’s been a month since the last case of Ebola in Congo, the WHO director-general said Wednesday. If that continues, that outbreak will be declared over in less than a month.